Providing psychological care in emergencies around the world

Alert is a quarterly magazine published by Doctors Without Borders/Médecins Sans Frontières (MSF-USA) that features compelling stories and photography from our work in the field. Below is an excerpt from MSF-USA Board President John P. Lawrence's introduction to the Spring 2019 issue (Vol 20. No. 1.), No Health Without Mental Health.

I will never forget the experience of helping to respond to the devastating earthquake in Haiti in 2010. As a surgeon working with Doctors Without Borders/Médecins Sans Frontières (MSF), I was particularly impressed by the integration of mental health care within our programs. As our surgical team made the morning rounds in the hospital wards, we would be followed by colleagues with expertise in delivering mental health services.

In Haiti, I saw that the devastating physical wounds patients were recovering from had clear psychological counterparts—whether a person was coping with the prospect of life after amputation, the loss of family members or friends, or reliving the horrors of the earthquake with each nerve-shattering aftershock. While the surgical care we provided was a critical aspect of the healing process for survivors, their longterm well-being was entirely dependent on therapy directed to the emotional and psychological traumas they had endured.

As a medical humanitarian organization, MSF has had a longstanding commitment to addressing mental health needs, both as an independent service as well as part of more comprehensive care.

The importance of providing mental health support was also apparent while I was working with MSF in North Kivu province in the eastern part of Democratic Republic of Congo (DRC). This region—which is currently in the grips of an Ebola epidemic—has suffered from chronic conflict for decades, including extreme violence directed against civilians by various armed groups. A feature of this pervasive violence is a high incidence of rape and sexual assault.

A separate unit in the hospital where I worked was devoted to caring for pregnant women who had been raped. This unit closely integrated prenatal maternal physical care with psychological supportive care. MSF recognized the duality of health needs for both the mind and body and provided a comprehensive approach to caring for these women and preparing them to return home.

In this issue, we share the stories of survivors from a surge of conflict in DRC’s Kasai region. Over the course of a year and a half—between May 2017 and September 2018—our teams treated 2,600 victims of sexual violence at the Kananga provincial hospital. The vast majority of the victims were women. They describe horrific acts of violence, and the difficulties of healing after the attacks.

Mental health services are also often the central focus of the medical care our projects provide. For people traversing migration routes from Central America through Mexico, medical clinics supported by MSF are resourced to provide supportive mental health services and psychological first aid to help people cope with both the violence they fled in their home countries and that which they face during their journeys.

I hope you will appreciate the story about our innovative program to support community-based mental health care and outreach services in Liberia, a country whose health system is still recovering from the devastating Ebola epidemic that struck West Africa in 2014. Our last Ebola-related projects in Liberia were survivor clinics that offered care for people who continued to have physical and psychosocial issues after recovering from the disease.

When the mental health team began looking for services where they could refer patients, they learned that there was only one practicing psychiatrist in Liberia—a country with more than 4.7 million people. This is what prompted MSF to conduct an assessment of the mental health needs in Liberia and ultimately partner with the Ministry of Health to improve and grow their services.

Finally, as explored in these pages, mental health care is not only critical for our patients, but also for our staff members. The stress of providing humanitarian care is well recognized. As an institution, MSF appreciates that we have an obligation not only to protect our employees’ physical health and security as best we can, but to ensure that their mental well-being is also prioritized.

Thank you for all that you do to support our work to provide comprehensive care for people in extreme situations. 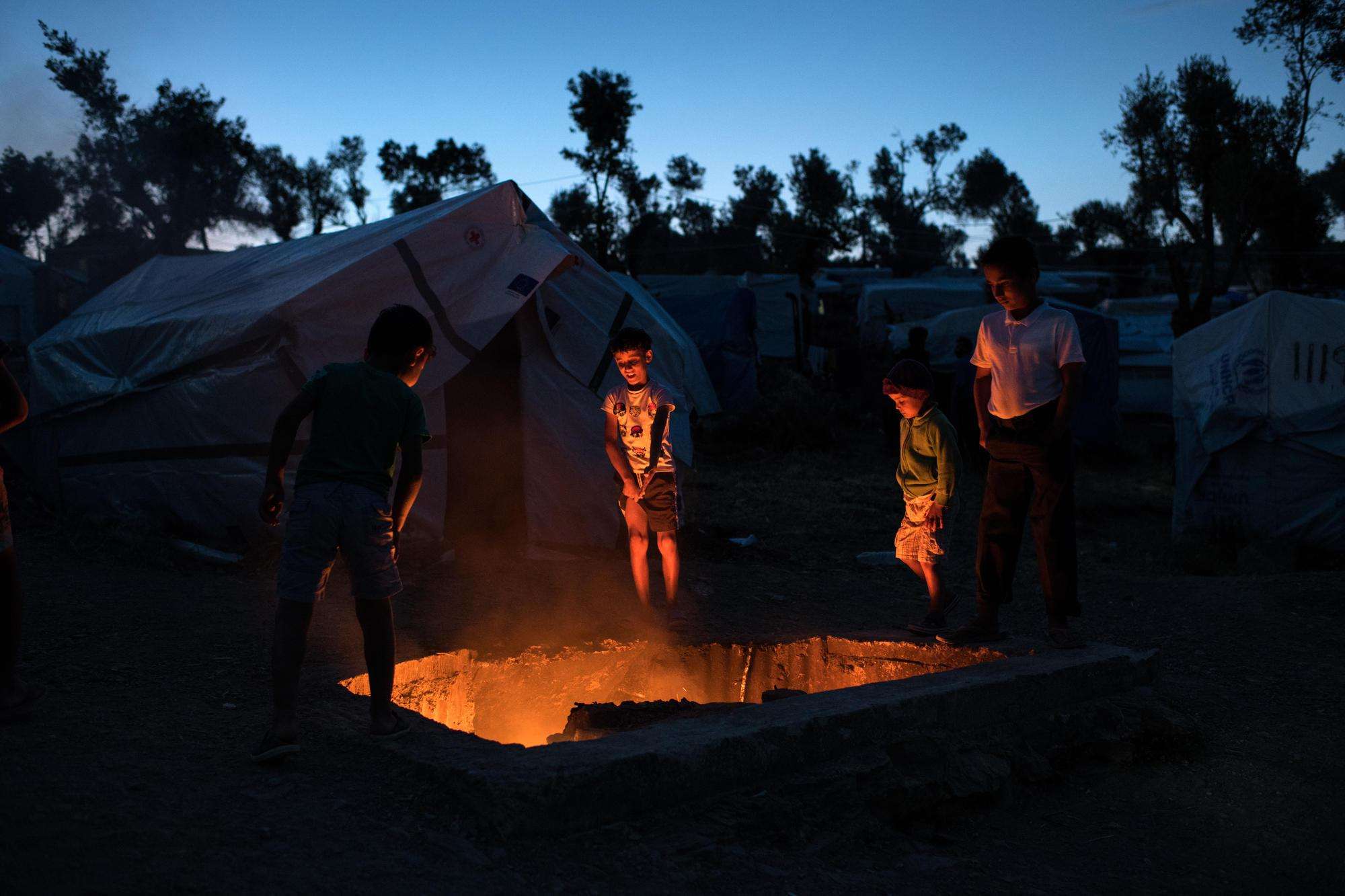 Rewriting history: Caring for children trapped in an island prison

Moria camp was built on the Greek island of Lesbos to house the influx of asylum seekers making the dangerous journey across the Aegean Sea on flimsy rubber boats to seek safety in Europe. Today, inhumane living conditions, frequent violence, and prolonged uncertainty about the future have created a mental health emergency for the refugees stranded in this island prison—with children among those most at risk. 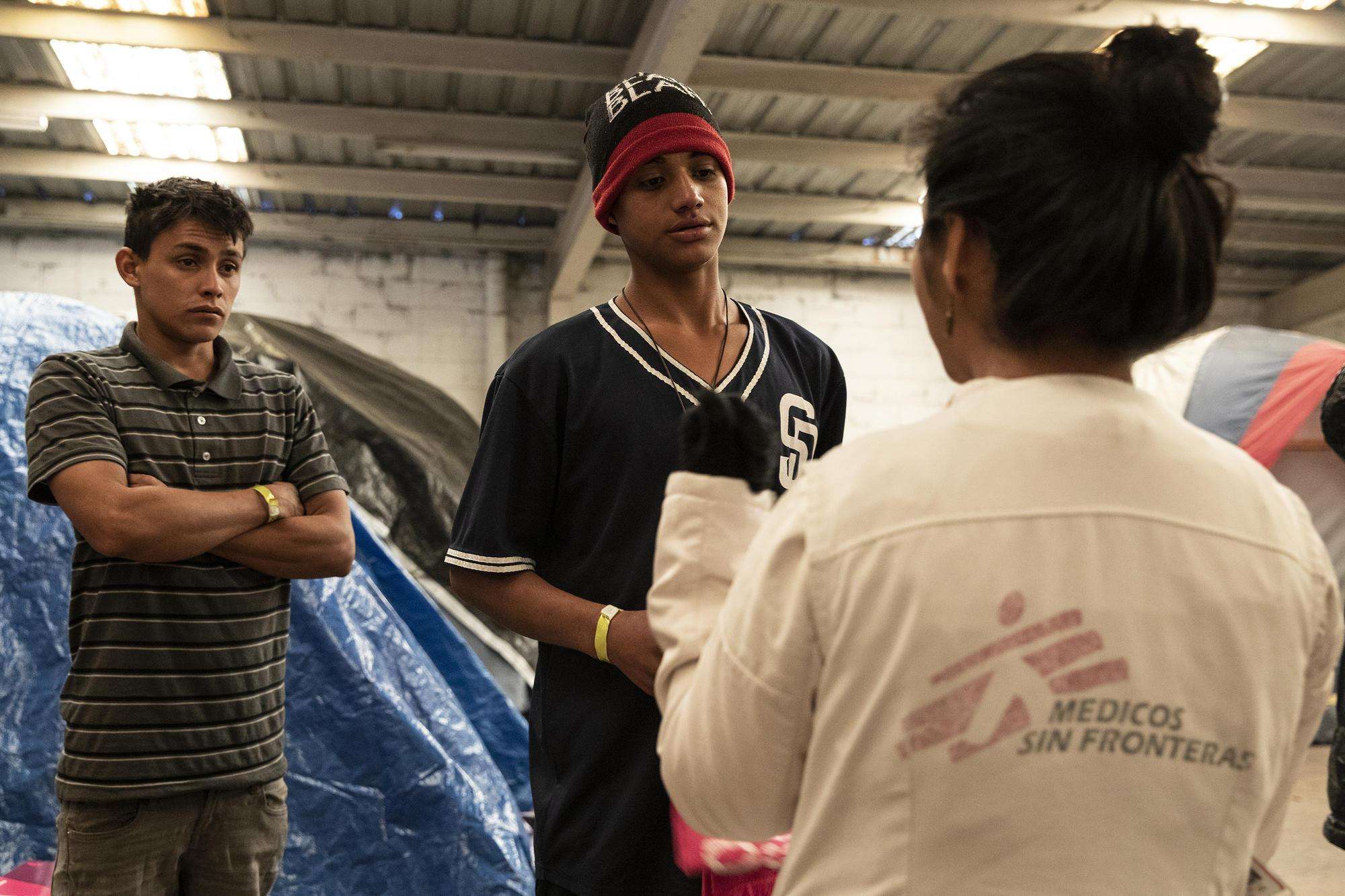 I locked myself away from the world: Mental health care on the move in Mexico

Thousands of migrants and refugees who fled violence in Central America are now stuck in limbo in northern Mexico, trapped in under-resourced and overcrowded shelters.
Read more 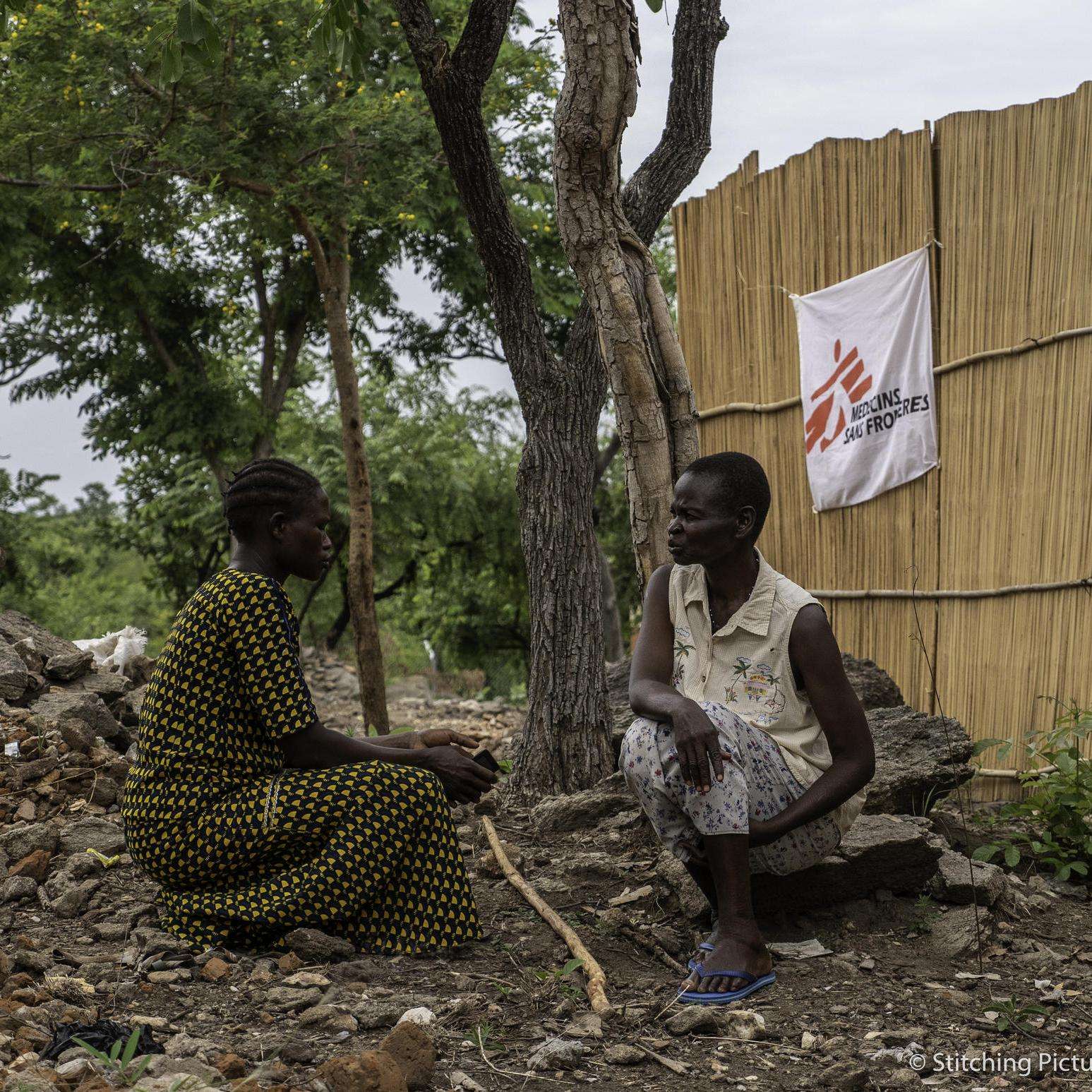 A traumatic past and an uncertain future: The mental health consequences of displacement in East Africa

In the camp for internally displaced people near the town of Malakal in South Sudan, Dhan Tap gazes sadly at a picture on his mobile phone. The photograph shows a tattered white rope hanging from the grass-thatched roof of a South Sudanese home.
Read more

Child soldiers are prized by their adult commanders for following orders without understanding the impact of their actions. These young combatants are often traumatized, having been separated from their families and forced into a life of violence and hard labor.
Read more 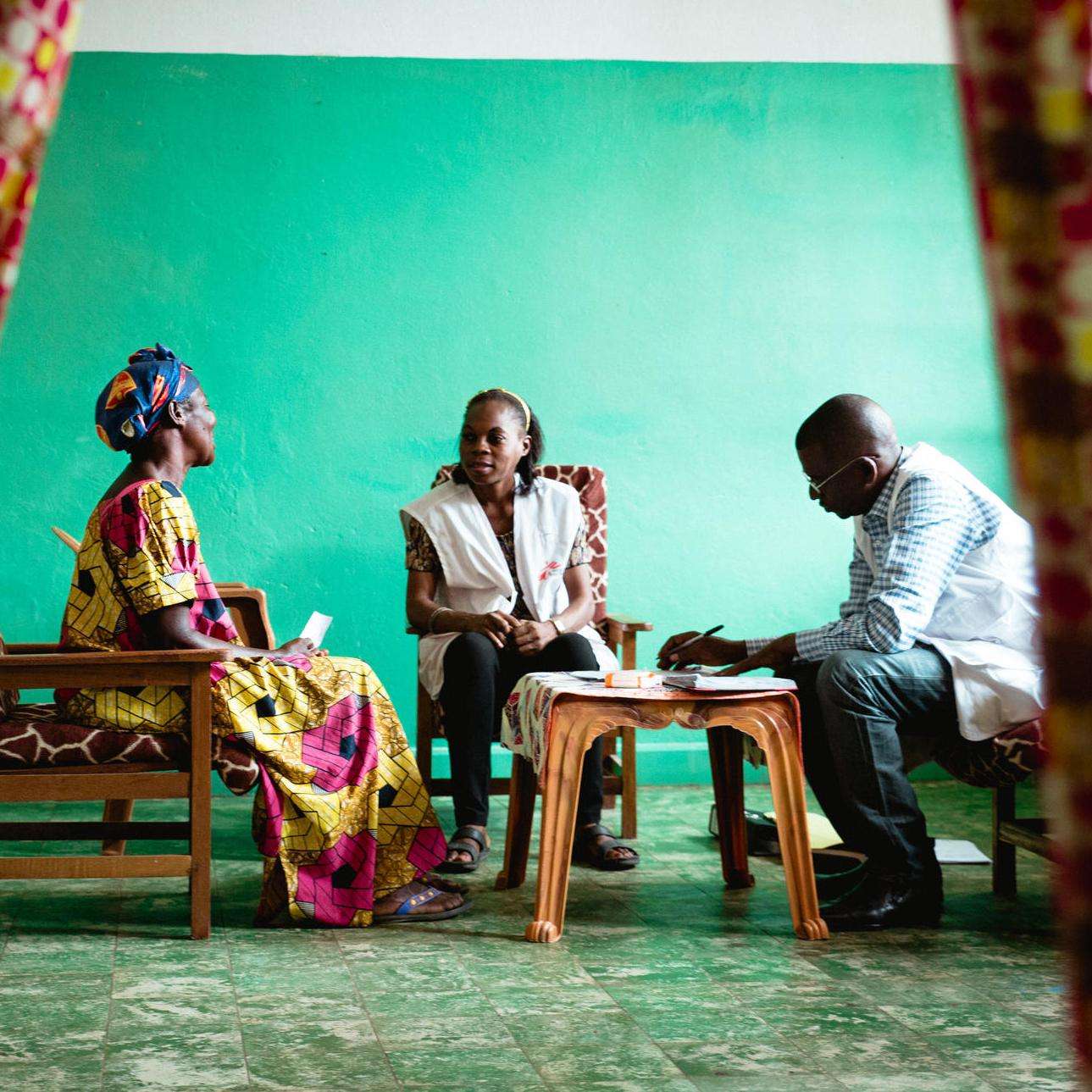 Victim to survivor: Healing from sexual violence in Democratic Republic of Congo

The Greater Kasai region, in southern Democratic Republic of Congo (DRC), had long been untouched by the conflicts that have scarred much of the country. But in 2016, escalating violence between armed groups turned this peaceful region into one of the most serious humanitarian crises in the world.
Read more 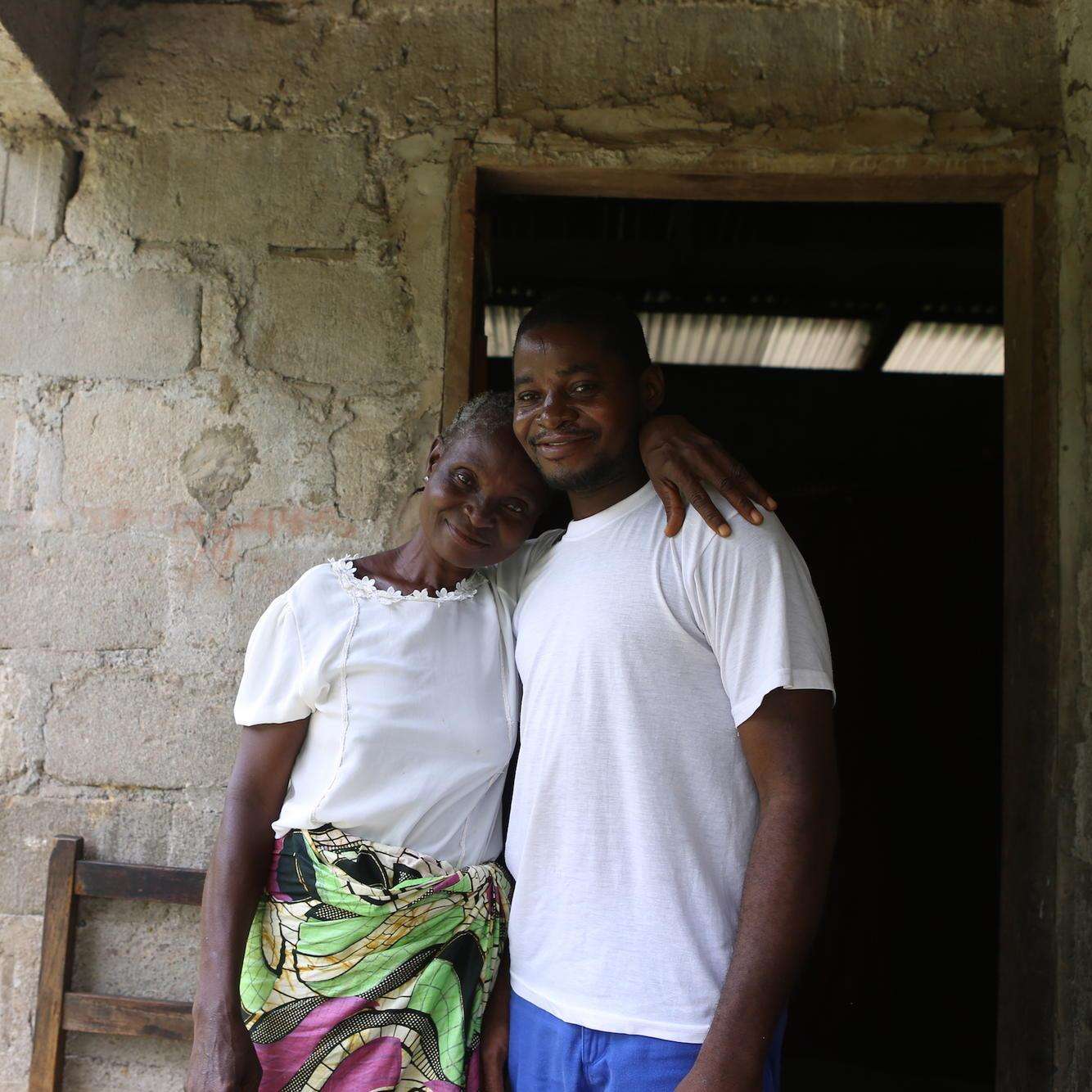 In Liberia, a family finds hope in mental health care

Timothy T.T.* is a 32-year-old man who lives with his mother, brother, and sisters in a community of neat cinder block homes just outside the bustle of Monrovia, Liberia’s capital. When Timothy’s mother, Susana Foley, talks about him, it’s with profound affection and tenderness. They’ve been through hell together. And because of her devotion, along with help from Doctors Without Borders/Médecins Sans Frontières (MSF) and the Liberian Ministry of Health, they’ve come out the other side.
Read more 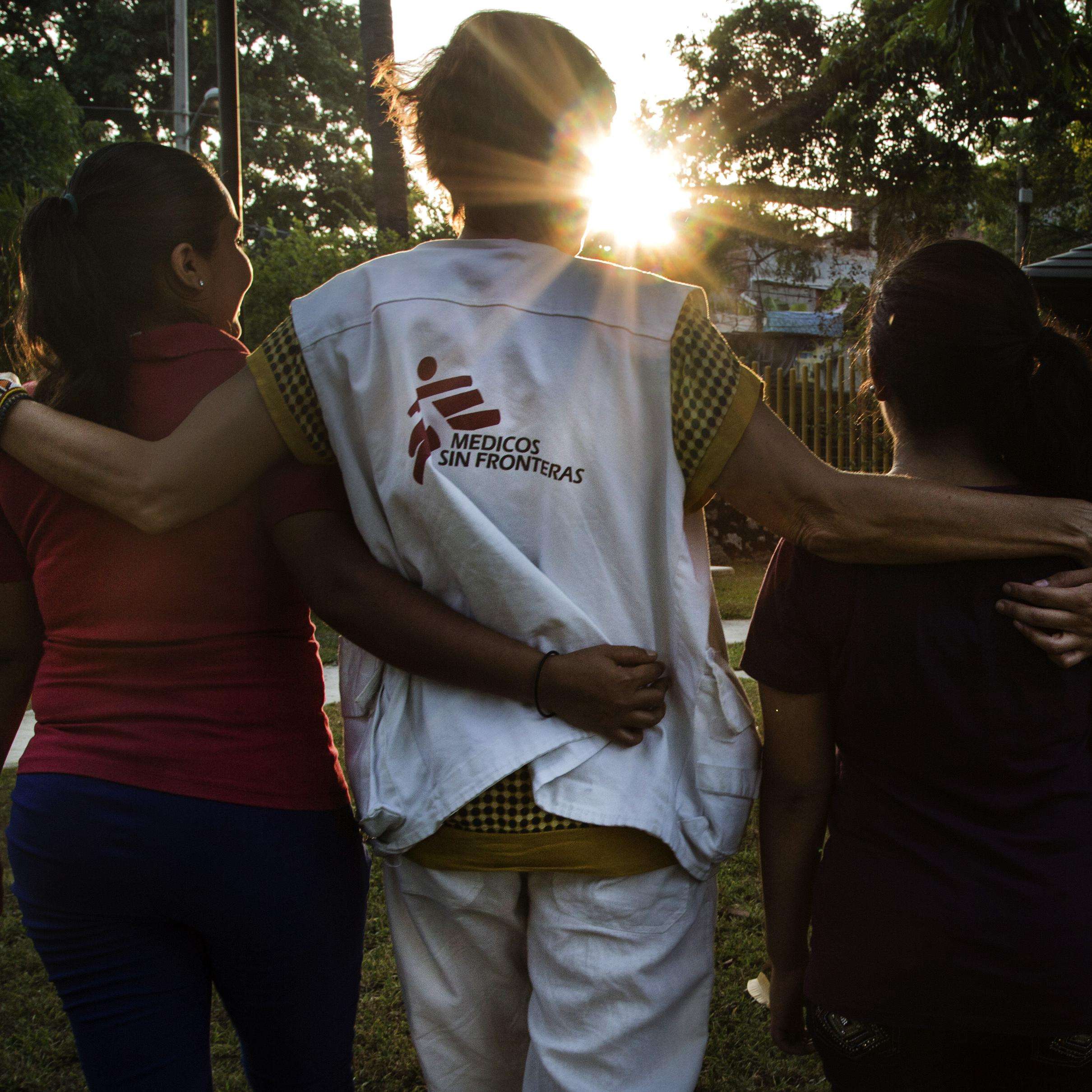 Caring for the caregivers

Athena Viscusi is a clinical social worker and part of MSF’s Psychosocial Care Unit (PSCU), a group of mental health care workers who have worked internationally with MSF and now focus on psychosocial care for MSF staff.
Read more 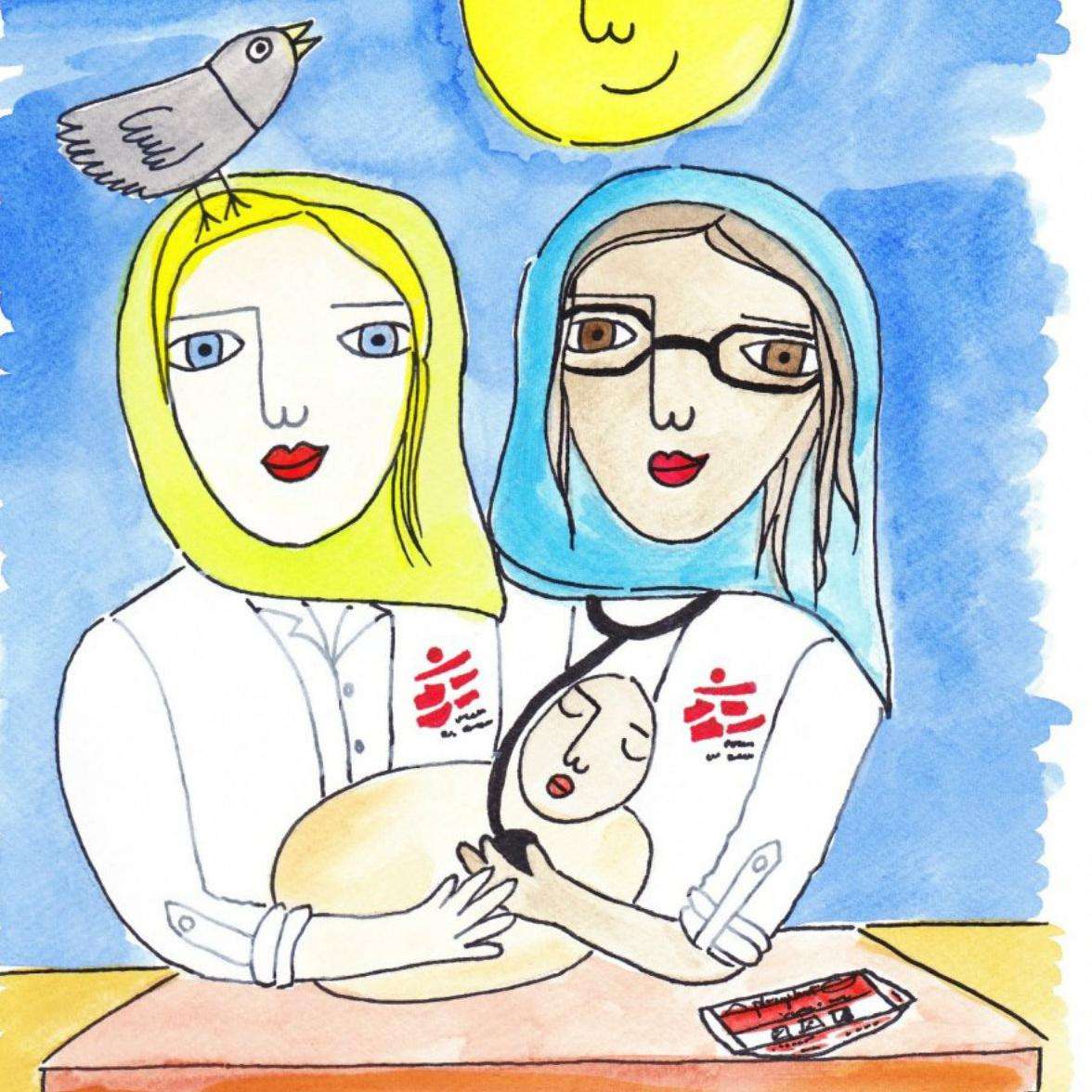 Pictures of grief and survival in Iraq

Australian psychologist Diane Hanna recently returned from her first assignment with Doctors Without Borders/Médecins Sans Frontières (MSF) in Mosul, Iraq, where she provided mental health care to people displaced by conflict in the city.
Read more