Democratic Republic of Congo (DRC) declared its tenth outbreak of Ebola in 40 years on August 1, 2018. The latest outbreak is centered in the town of Mangina, located in North Kivu province.

Retrospective investigations point to a possible start of the outbreak in May 2018, around the same time as the Equateur outbreak earlier this year. Although no connection between the two outbreaks can be established, it cannot be ruled out either.

The delay in the alert and subsequent response can be attributed to several factors, including a breakdown of the surveillance system due to the security context (there are limitations on movement, and access is difficult) and a strike by the health workers of the area which began in May due to non-payment of salaries.

The initial alert came after a woman from Mangina was admitted to the local health center on July 19 for a heart condition. She was discharged but died at home on July 25 after presenting symptoms of hemorrhagic fever. Members of her family subsequently developed the same symptoms and died soon after. A joint Ministry of Health (MoH)/World Health Organization (WHO) investigation on-site found six more suspected cases, of which four tested positive for Ebola. This result led to the declaration of the outbreak.

The national laboratory (INRB) confirmed on August 7 that the virus spreading in the current outbreak is Zaire Ebola, the deadliest strain and the same one that affected West Africa during the 2014-2016 outbreak that resulted in more than 11,000 deaths. A different strain of Zaire Ebola was found in the outbreak in Equateur province in western DRC earlier in 2018.

Eight weeks after the outbreak was declared, the epidemiological situation in North Kivu is still of concern. Health zones in North Kivu and Ituri provinces (Mandima, Mabalako, Beni, Oicha, Butembo, Kalunguta, Masareka, and Musienene) have reported confirmed or probable cases of Ebola. It appears that the epidemic is slowing in the epicenter of Mangina, in the Mabalako health zone, but it’s not over yet as a new confirmed case was recorded on September 23 (an outbreak of Ebola can be declared over after 42 days without new cases). The spread of the disease to Butembo, a city of about one million people, is a cause for real concern. Equally worrisome is the geographically scattered pattern of the outbreak. Beni continues to see new cases diagnosed regularly. 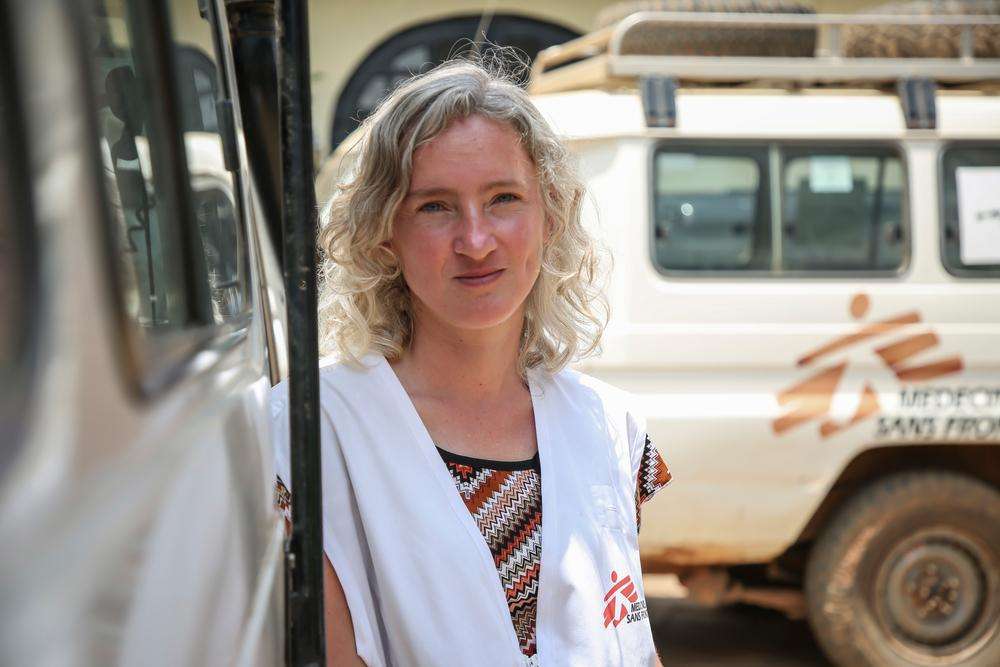 On September 20, a new case emerged in Tchomia, 60 kilometers [about 37 miles] south of Bunia in Ituri province. The infected patient died in Tchomia hospital but was probably infected in Beni and traveled north. The epidemic is now getting very close to the Ugandan border, increasing the risk of spill-over into that country.

Epidemiological teams are still working to identify all active chains of transmission. This is a difficult task, given that the local communities in the affected areas are highly mobile and move from village to village for work and family reasons, as well as to seek health care. Sick people have been known to visit more than one health center before being identified as suspected cases and referred to Ebola Treatment Centers.

Since the beginning of the outbreak, more than 1,842 contacts have been identified and more than 1,704 are being followed up by the Congolese MoH. The contact tracing and follow-up is done by the MoH with a team of epidemiologists.

We don’t have a clear idea of how many unreported deaths have occurred at the community level, especially in villages where people from the larger towns reportedly return when they fall sick.

Mangina, a town of 40,000 people, is in Beni territory in North Kivu province. Beni, the administrative center of the territory, is nearly 20 miles away and is home to about 420,000 people. The area borders Uganda to the east; North Kivu’s capital, Goma, and the Rwandan border are further south. This area sees a lot of trade, and traffic, including “illegal” crossings. Some communities live on both sides of the border, and it is quite common for people to cross the border to visit relatives or trade goods at markets on the other side. The area is densely populated, heightening the risks of the outbreak spreading in the region.

The territory is characterized by high levels of insecurity; it is considered an area of conflict, with over 100 armed groups estimated to be active in North Kivu. Kidnappings and carjackings are very common. Heavy military operations are ongoing. The city of Beni is subject to military rule, which means traversing some areas in the region is quite difficult and sometimes impossible.

Doctors Without Borders/Médecins Sans Frontières (MSF) has had projects in North Kivu since 2006. Today, we have regular projects along the Goma-Beni axis as follows:

Response to the current outbreak

The DRC MoH is leading the outbreak response, with support from WHO. The MoH team sent to coordinate the response in Beni was dispatched from Kinshasa and is the same team that coordinated the response in Equateur province. The WHO emergency pool was mobilized in the area upon the declaration of the outbreak.

Epidemiological surveillance is being set up both in North Kivu and Ituri provinces and a laboratory for testing is fully operational in Beni (previously every sample was sent to Kinshasa). Other partners are involved in water and sanitation, health promotion and community outreach activities.

At the MoH’s request, MSF is part of the task force coordinating the intervention and is focusing on caring for patients affected by the virus, the vaccination of frontline workers, as well as protecting local health structures (and their workers) by helping with triage, decontamination, and training.

In total, over 330 staff are currently working in MSF’s Ebola projects in North Kivu and Ituri provinces.

MSF's first task was to improve an isolation unit for suspected and confirmed cases in the Mangina health center, the epicenter of the outbreak, where patients were isolated and cared for while a treatment center was built. A treatment center was subsequently opened on August 14, with a capacity of 68 beds that can be extended to 74 beds, if needed.

Teams have been progressively increasing the level of supportive care (oral and intravenous hydration, treatment for malaria and other co-infections, as well as treatment of the symptoms of Ebola), and have also been able to offer new therapeutic treatments to patients with confirmed Ebola infection under the Monitored Emergency Use of Unregistered and Investigational Interventions (MEURI) protocol. These treatments are given only with the informed consent of the patient (or a family member if they are too young or too sick to consent) and are provided in addition to supportive care.

Butembo, a town estimated to be home to one million people, has seen imported cases from Beni. MSF responded immediately, setting up an isolation center in a local hospital, followed by an Ebola Treatment Center—jointly operated by MSF and the MoH—on September 20. There have been two confirmed cases and four suspect patients are currently being treated.

As of September 22, MSF had treated 74 patients confirmed to have Ebola and had admitted a total of 195 patients for testing for the virus in Mangina and Butembo. Of the patients confirmed Ebola-positive in our Ebola Treatment Center, 33 have recovered and returned to their families, while five confirmed patients and eight suspect patients remained under treatment.

Another isolation center was built by MSF in Beni and handed over to the MoH, who assigned it to another non-governmental organization. It is now a treatment center.

Health centers in Mangina and Beni that have seen positive cases are also being decontaminated. MSF is also involved in these infection prevention and control activities. Furthermore, there are MSF teams working in the Beni and Mangina areas as well as in Ituri, between Mambasa and Makeke (on the border with North Kivu), and Bunia-Tchomia axis, visiting health centers and training staff on the proper triage of Ebola suspects, as well as setting up isolation areas in case of need.

Further south, MSF sent a rapid response team to Luotu, a village outside of Lubero, on September 9 in response to alerts of a positive case. The team was composed of a doctor, a nurse, and a water and sanitation expert and was not only involved in case investigation, but also in building a small isolation unit in an existing structure to receive suspected cases. The positive case had spent time in the health center before dying at home, with many of the health center staff, as well as family, considered high-risk contacts. Fortunately, no confirmed cases were registered and MSF withdrew our staff on September 27 from this center, leaving the structure to the MoH.

MSF is also vaccinating frontline workers (health staff, religious leaders, burial workers) from Makeke on the Ituri-North Kivu border up to Biakato. Given that the population from Mangina move often in this direction, it is hoped that this vaccination will help to stop the infection spreading further into Ituri. So far, 360 frontline workers have been vaccinated by MSF.

MSF is also collaborating with the MoH to contribute to the intervention launched in Tchomia (Ituri) in response to new confirmed cases.

Our teams in Uganda have also been mobilized to be ready in case the outbreak spills over from across the border. They have installed an isolation tent in Bwera, a small town directly over the border from Beni and Butembo. MSF's non-emergency project in Hoima, Uganda has also set up an isolation tent.

All MSF projects in North Kivu and Ituri areas have been supplied with Ebola equipment, including personal protective equipment (PPE), and have put proper hygiene and infection control protocols in place to safeguard staff and patients from the risk of contamination, should the epidemic spread further.