Doctors Without Borders/Médecins Sans Frontières (MSF) staff are providing psychological care to survivors and distributing basic necessities to replace items that were destroyed in the fire. “Our psychologist reports a very high level of desperation. People are in shock … numb by repeated trauma with no end in sight,” said Christine Nivet, MSF project coordinator in the Nafusa Mountains.

Over 500 refugees and migrants are being arbitrarily detained in overcrowded cells in Dhar el Jebel detention center, which is located about 100 miles southwest of Tripoli in the Nafusa Mountains. Most detainees are Eritrean or Somali asylum seekers registered with the United Nations Refugee Agency and unable to return home for fear of violence or persecution.

MSF calls for the end of arbitrary detention of migrants and refugees in Libya and the evacuation of the most vulnerable people. “The fire and the resulting tragic death of a young man are adding up to a cycle of dreadful abuses and traumatic events that our patients have faced in Libya,” said Nivet. “What we can do as medics to alleviate their suffering is very limited. Evacuations and resettlements of refugees and asylum seekers from Libya must be immediately scaled up.”

Detainees have told MSF teams of the horrors they experience on their way to Libya and in Libya. Some were kidnapped and tortured by human traffickers who extorted money from them and their relatives. Some attempted to cross the Mediterranean Sea to reach safety in Europe but were intercepted by the European Union-supported Libyan coastguard and thrown back into detention.

When MSF staff first visited Dhar el Jebel detention center in May 2019, the conditions were catastrophic—including people suffering from a tuberculosis outbreak that had been raging for months. At least 22 migrants and refugees died from tuberculosis and other diseases between September 2018 and May 2019 in the area. People in Dhar el Jebel detention center live in inhumane conditions with almost no assistance.

“Some of our patients in Dhar el Jebel detention center have been detained for three years,” said Nivet. “They tell us they feel helpless and isolated after months and often years stranded in detention. Their only hope is to see their asylum requests processed—they must get out.”

At least 2,000 migrants and refugees are still locked up indefinitely in Libya and denied due legal process to review their asylum claims. They are exposed to harmful conditions and abuses. The mechanism for evacuating refugees from Libya is currently extremely limited, mostly due to the overall lack of resettlement options for refugees in safe countries, including the United States, which has dramatically lowered its annual refugee admissions ceiling.

MSF also calls for protection mechanisms, including shelters offering security and humanitarian assistance, for the most vulnerable people to be set up immediately while they wait evacuation. 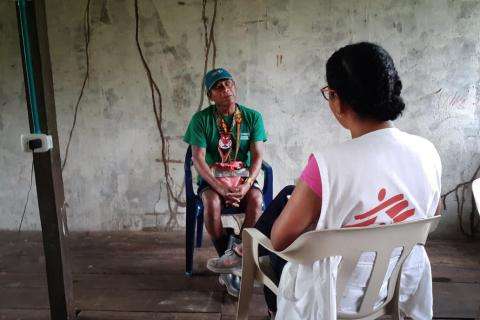 Colombia: Thousands of people stranded without humanitarian assistance as conflict escalates in southwest 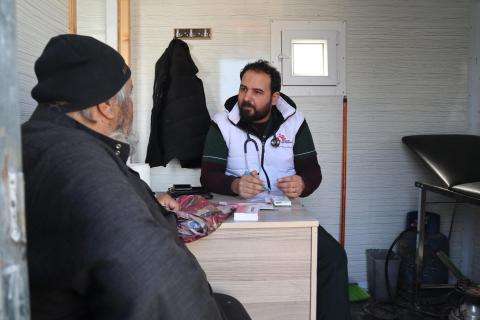 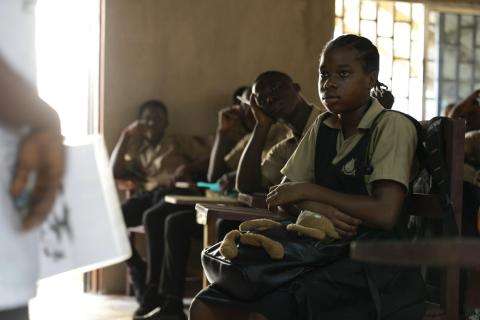 Liberia: A growing cohort of epilepsy patients shows how life-changing treatment is possible