NEW YORK/AMSTERDAM/NORTHEASTERN SYRIA, October 15, 2019 — Amid an extremely volatile situation following the launch of Turkish military operations, the international medical humanitarian organization Doctors Without Borders/Médecins Sans Frontières (MSF) has suspended most of its activities in northeastern Syria and evacuated all its international staff, the organization announced today.

"The people in northeast Syria have already endured years of conflict and uncertainty," said Robert Onus, MSF emergency manager for Syria. "The latest developments have only increased the need for humanitarian assistance, yet it is impossible to deliver it with the current insecurity. It is with a heavy heart that MSF has taken the difficult decision to suspend the majority of our activities and evacuate our international staff from northeast Syria. We cannot operate at scale until we can gain the assurances and acceptance of all parties to the conflict that we can operate safely."

Given the numerous groups fighting on different sides in northeastern Syria, it has become impossible for MSF to ensure the safety of Syrian or international staff. MSF's decision comes as the conflict changes rapidly and unpredictably, and humanitarian needs are likely to increase. In recent days, airstrikes, shelling, and armed clashes have had a grave impact on the civilian population.

In Tal Tamar town, MSF teams were providing blankets, emergency food rations, bottled water, and soap to thousands of people fleeing the conflict with little more than the clothes on their backs. Until October 13, MSF was supplying water to several villages in the area after an airstrike reportedly damaged the water pumping station, cutting off the water supply to whole towns.

On October 13, dozens of people wounded in an airstrike were brought to Tal Tamer hospital. In Ain Issa town, MSF teams witnessed the population fleeing homes on foot and seeking safety from the conflict.

Health workers were evacuated and relocated from the Ain Issa hospital, one of the main hospitals treating wounded people over the past five days.

"We are also extremely worried about the safety of our Syrian colleagues and their families who remain in northeast Syria in these troubled times," Onus said. "We will continue to support our colleagues remotely and explore all possible options to deliver assistance to the people in northeast Syria, despite the constraints."

MSF calls on all parties to the conflict to ensure the protection of civilians and to provide humanitarian organizations with safe and unhindered access to the civilian population, at a time of urgent need in northeastern Syria.

MSF remains present in northwestern Syria, working in multiple health facilities and mobile clinics and providing support to other health structures in the area. 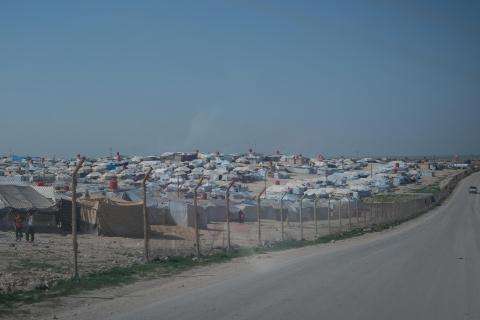 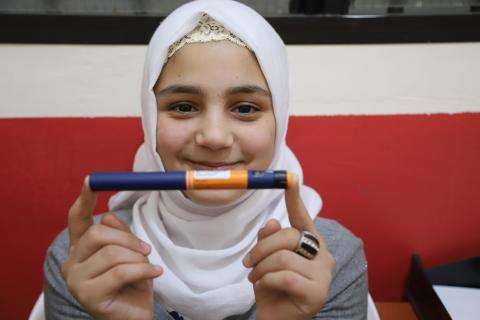