Yemen: The impact of war on people's lives

Robert Onus, MSF's outgoing head of mission in Yemen, describes the four-year conflict and its impact on people across the country

How has the war affected people in Yemen?

One can really see how, year on year, the effect of the war has decimated so much of Yemeni society. Public health infrastructure has collapsed. Water and sanitation infrastructure is collapsing. More and more people are struggling to find food. Fewer and fewer people have jobs. 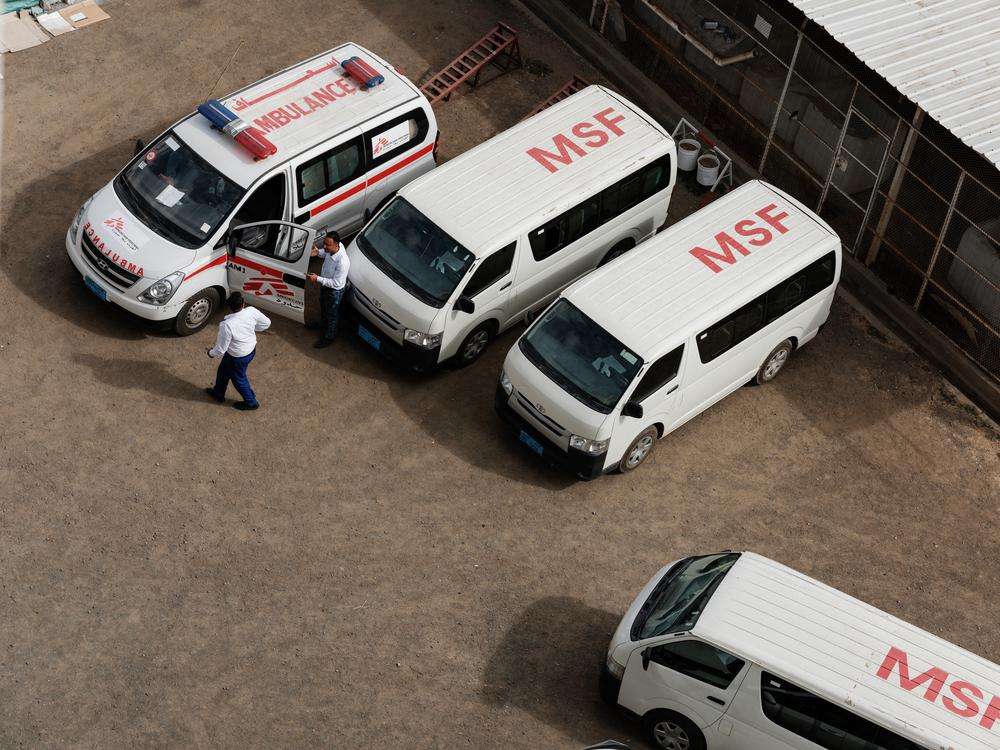 MEDICAL CARE IS A TARGET IN YEMEN

We see the impact of the war in the malnourished children coming to our hospitals—children and families who do not have enough to eat.

Across the country, no matter where you look or at which part of society, the impact of the war on people's lives is very visible.

Over the four years since the conflict escalated, people's access to health care has dramatically reduced.

If you live in a rural area in Yemen, a likely scenario is that the nearest health center does not function. If it is open, then it is probably just for a couple of days a week, because there is only one doctor who can visit the place without being paid and with minimal medicines. If you have an emergency and the health center is closed, you have to travel farther away to a facility that is still functioning, which is most probably private, and you cannot afford to pay for the treatment. No matter which way you look at it, it's a devastating situation.

How has the conflict affected people in Taiz city and governorate?

Taiz is a microcosm of what we see across the whole country. MSF has been providing health care in Taiz governorate on both sides of the frontlines since the start of the recent conflict. MSF is effectively the only international organization operating inside Taiz city, which is considered an "enclaved" city [with areas controlled by one warring party completely surrounded by areas controlled by another].

We see a rise in epidemics and in vaccine-preventable diseases. Right now, there is an epidemic of dengue fever, which is a seasonal disease in Yemen, but this year it is much worse than in the past because the city's water and sanitation infrastructure has been decimated.

Hospital infrastructure has really broken down because of the conflict. Last year, for example, we saw a large-scale cholera outbreak. Year on year we are going to see epidemics and vaccine-preventable diseases rise across Yemen. Taiz city is a perfect example of that.

What daily challenges do people face?

People don't feel safe outside their homes. You can absolutely understand how difficult it is for people to get on with their lives, to look forward, with any sort of hope, to a resolution. But in spite of all the difficulties, we do see that hope, we do see that resilience, in the patients who come to our hospitals. We also see it in the social fabric of the communities in which we work. People have an enormous capacity to cope with the struggles and the dangers of conflict. It is impressive—it is something that astonishes me every day.

It's a real struggle not only for the Yemeni people but also for our teams—including for me personally—to live through this every day and know that the resolution to this conflict is still a long way off.

What are the challenges for aid organizations working in Yemen?

Yemen is an incredibly difficult place to work for international organizations. Working in a conflict zone is always going to be difficult and there will be danger associated with that. But there are also many obstacles to overcome to be able to work in this country.

Partly this is due to the politicization of aid in Yemen. Parties to the conflict are very interested in where aid is delivered. As a humanitarian organization, it is absolutely essential to maintain our independence and neutrality, but it is also very difficult.

Aid organizations always need to make an effort to overcome the difficulties and the security barriers so that they can reach the people most in need. The people who are living in the middle of the conflict are directly affected by it on a daily basis, for example the residents of Taiz—they are the ones in the greatest need.

The pressure imposed on aid organizations by the authorities is of real concern—both for MSF and for the humanitarian community as a whole. Because if humanitarian aid is not independent of the conflict, and independent of the interests of the parties involved, it becomes jeopardized and can easily be twisted into a strand of the broader conflict. And this we absolutely need to avoid.

What needs to happen to reduce the suffering of the Yemeni people?

To alleviate the suffering of the Yemeni people, first there needs to be adequate and independent humanitarian assistance in the country—including food assistance, nutrition support, water and sanitation, and rehabilitation of health facilities. This is essential.

Second, the civilian population needs to be protected—it is a fundamental right for people not to be targeted during conflict. And this needs to be addressed at a high level. Because we see in our hospitals every single day that people are being injured and killed as a result of the conflict. These are people who are simply going about their daily lives. It's not only essential that civilians are protected from the conflict, but also civilian infrastructure—hospitals, schools, roads, the safe transport of goods around the country in order to feed the population—all of these need to be protected from the ongoing conflict.