Access: Trading Away The Lives of People Living with HIV/AIDS 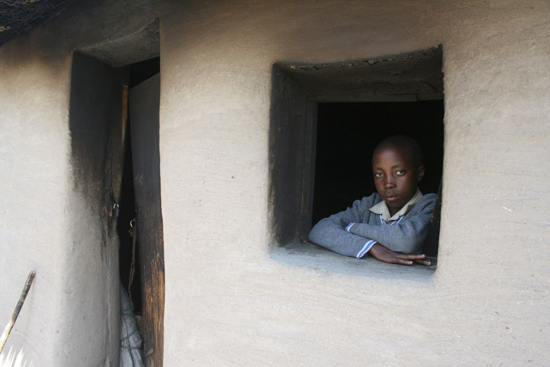 Twelve-year old Tsepang Robis, who has been treated by MSF for TB and is receiving treatment for HIV.

Closed-door negotiations between India and the European Union (EU) for a free trade agreement (FTA) are entering a crucial phase on April 28, 2010.

At stake is access to affordable medicines for millions in India and others beyond India’s borders. The country is the source of 80 percent of the AIDS medicines used in all Doctors Without Borders/Médecins Sans Frontières (MSF) projects, and is effectively the pharmacy of the developing world. But the signing of a free trade agreement could threaten this.

Europe is pushing India to impose greater intellectual property protection on medicines, measures which would delay the registration and marketing of generic medicines and would extend the duration of a patent, blocking competition and maintaining prohibitively high prices–thus seriously putting at risk the lives of people living with HIV/AIDS and other diseases in developing countries. 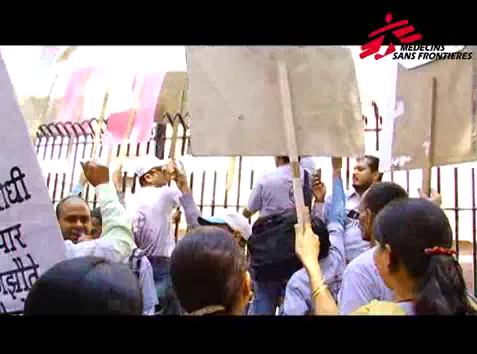 A BBC Overview of the Threat to Generics, with an Interview with MSF" (beginning at 13:06)

“Indian Trade Minister Anand Sharma and EU Trade Commissioner Karel De Gucht have both gone on record to say that the proposed FTA would not affect access to medicines from the generic industry,” said Michelle Childs, Director of Policy & Advocacy at MSF. “But neither of them has given a public commitment that the provisions that affect generic competition are off the table. We will continue to fight against these provisions until they are officially and unequivocally out of the free trade agreement.”

Earlier in March people living with HIV/AIDS had protested against the FTA in front of the Indian Ministry of Commerce in New Delhi.

“The Indian government must not trade away our lives,” said Loon Gangte, president of the Delhi Network of Positive People. “Lifelong treatment for people living with HIV depends on continued access to newer AIDS medicines. Because of international trade rules that India has already signed in the past, some of our newer AIDS medicines are already patented and this makes them completely unaffordable. We want to know on behalf of whom our government is negotiating.”

Concerns have also been raised beyond India’s borders. In Africa, home to millions who depend on affordable generics, any impact on access to cheaper Indian medicines could be catastrophic. This includes patients in MSF programs.

In Brazil, a petition was launched warning against the consequences the India/EU deal would have on access to medicines in Brazil itself. Activists in Brazil in the past led a fight against a similar treaty with the United States, to great effect.

The talks in Brussels starting on April 28 are likely to be the final round of discussions before agreement is reached. The EU has said it wants the FTA signed before October, so the upcoming negotiations will likely be the last chance to exclude any harmful provisions from the treaty.