The Challenges and Possibilities of Treating Children in Guinea-Bissau

In Guinea-Bissau, we are working in pediatrics. In the region of Bafata, in the northeast of the country, we are working in the regional hospital and at several health centers in rural areas. In addition, we have 200 community health workers to quickly detect sick children, and 40 of them have been trained to treat diarrhea, malaria, and acute respiratory infections requiring antibiotics.

Last year, we saw a very significant increase in malaria patients between August and November, when the number of cases usually doubles or triples. To prepare for this year’s malaria peak, we have built a semi-permanent structure with 30 beds that will allow us to considerably increase the capacity of the hospital. We are also going to do seasonal malaria chemoprevention (SMC) for the first time in the country. SMC is a preventive strategy that consists of administering a complete treatment for children during the period of highest incidence of malaria, so as to prevent it. The SMC will begin in August and will reach 25,000 children in the Bafata health areas where we are working.

Malaria is one of the main causes of illness in Guinea-Bissau, but not the only one. Like in many other parts of Africa, all children with fever are usually treated for malaria. Precisely to avoid this practice, we will do a study in Bafata that will first let us know the epidemiological profile in the area and then we can create a simple diagnosis tree to enable medical personnel with minimal training to diagnose what illness a child is suffering from and treat it appropriately. 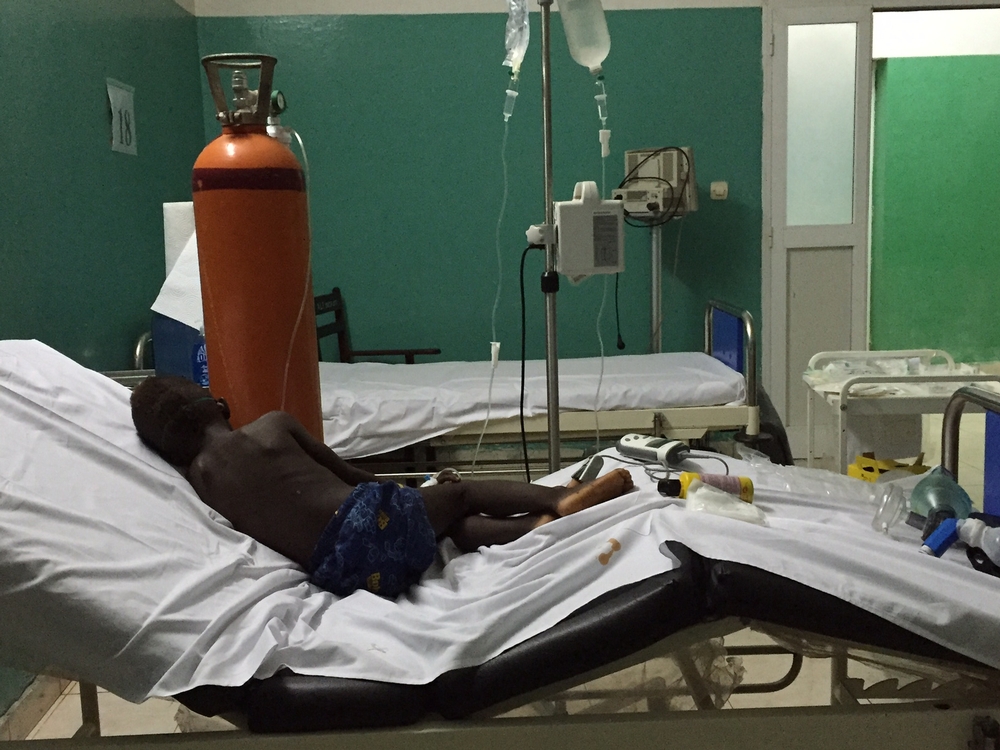 A New Project in the Capital

We have been working at the national hospital in Bissau for four months. We are now in the pediatric intensive care unit (PICU) 24 hours a day, seven days a week. We are also preparing to work in the emergency department and to respond to the malaria peak. It is a challenge to work here because, even though it is the last referral hospital in the country, we find the same problems we see in other lower levels of the health system: a lack of staff and equipment, medical staff with very little technical knowledge, and corruption.

But the most difficult thing is the cases we receive. At the hospital we get the most difficult cases that have no solution anywhere else and there are cases that cannot be treated in Guinea-Bissau. These children often die because there is no possible treatment. Or, a few of them are transferred out of the country for treatment abroad (after review by a medical board) and thanks to other organizations.

Mortality is high in the PICU. In January, the first month we were able to collect data, there was a 75 percent mortality rate—which is crazy. We managed to reduce it, but in June it was still more than 38 percent, which is very high. It is also true that in the PICU we have a lot of newborns, which increases the global mortality a lot, because the neonatology unit in the hospital doesn’t function very well. As a result, we are improving our collaboration with the maternity and neonatology services so that the children do not reach us too late.

Most patients we see are from Bissau, the capital, where almost a third of the population lives. There are very few patients from other regions of the country. It is a clear sign that the referral system does not work.

However, we are seeing significant progress. When we arrived, there were malaria patients who died and now no one in the PICU dies from malaria any more. This is basically because of the introduction of artesunate treatment [a treatment course for severe malaria cases]. The situation will also improve when we are in the emergency unit and we are in charge of doing the triage. 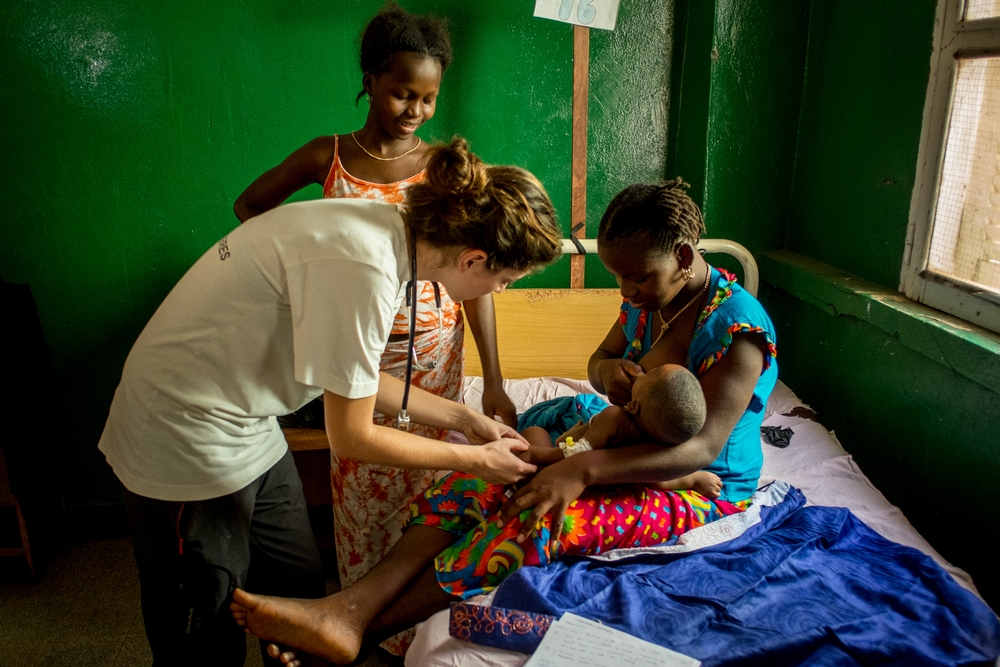 A Period Marked by Political Instability

In the nine months I've been in Guinea-Bissau I have seen three different governments. The latest one was established in June and has already submitted a program and budget to the parliament for approval. Meanwhile, international institutions are not releasing funds and Guinea-Bissau is highly dependent on foreign aid.

Political instability has an impact on health. For a month and a half, health workers have been on strike because they were receiving no wages. The minimum services during the strike have not been enough. At the hospital in Bissau, for example, there was one doctor and one nurse for 160 pediatric beds. So they send most children home and only attend to those who are really serious. And in the community, the population is again going to see traditional healers or to private hospitals if they can. As a result, fewer children come but they are more serious, and it is more difficult to care for them.

In Guinea-Bissau, there is a general problem of lack of access to health for many reasons. First, because there is a payment system and a large part of the population lives on less than two dollars a day, below the poverty line. There is also a problem of physical access to health facilities for people living in rural areas. Moreover, traditional medicine is very present and is often the first choice for families, probably because they do not have the means to go to the health center. Additionally, the technical ability of staff is very low and medicines and equipment are not always available. In our two projects, we are seeing a lot of children who would be saved if they arrived at the hospital earlier.

With the aim of improving medical care to help reduce the mortality rate among children under five years old, MSF launched a paediatric project in the region of Bafata in central Guinea- Bissau in November 2014. MSF is working in the paediatric department of the Bafata regional hospital, the referral centre for the entire region, where more than 180,000 people live, and in several health centres in the area.
Ramón Pereiro/MSF