Darfur: "Every Time You Are Able to Save a Patient, It Gives You the Motivation to Save Another Life" 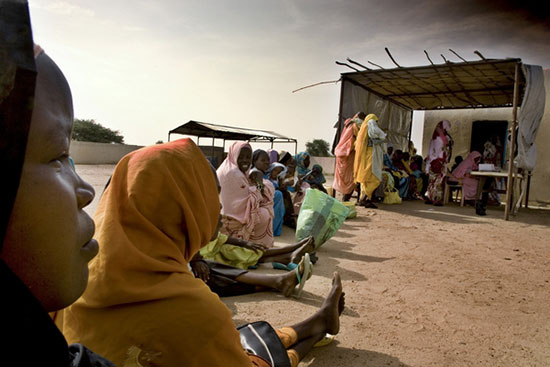 Displaced people wait to be seen at an MSF health post in North Darfur state during a previous episode of fighting in 2010. 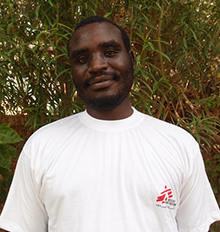 In February 2013, Doctors Without Borders/Médecins Sans Frontières (MSF) and Elserief Hospital provided lifesaving emergency medical care to 121 wounded people, including two children, in Sudan's North Darfur state following fighting for control of gold mines in Jebel Amir. On February 8, the team had to use supplies from their staff emergency box to treat the wounded because the regular shipment of medical cargo had not yet arrived. Two weeks later, three Sudanese MSF staff who were among the only aid workers remaining in the area provided medical assistance during another round of fighting. Working 17-hour shifts, Dr. Mutwali Adam was part of the MSF emergency team that worked with the Ministry of Health during the tumult.

You were in Jebel Amir in February when violence broke out, working with the Ministry of Health in Elserief Hospital. Were staff prepared for the sudden influx of wounded?

We received about 34 injured people the first instance of violence, on February 8. The hospital did not have surgical supplies and the MSF medical cargo had not arrived yet. We had one emergency box for the MSF team’s personal use, just in case. We used all of the surgical supplies in that box, including material for dressings and drugs for surgeries. We also used all the drugs in the hospital. The hospital’s doctor and I performed the surgeries, we worked as a team. We also had to carry out a blood transfusion for one of the patients; we did not have a fridge, so it was done immediately.

Later, after two days of fighting that started on February 21, many people were sent to safety at the commissioner’s house, including the MSF team, as the fighting was close to the hospital. There was a pregnant woman whose water broke, and soon she went into labor. There was no way to get her to the hospital. I was stressed: What if she started bleeding? How could I save her if there were any complications?

We put a mat on the ground in an empty storage room and we laid her down and that’s how she delivered. I found a new razor and some soap. We didn’t have to widen the opening, which meant we didn’t need to do any cutting. I cut the umbilical cord with the razor. We had a piece of clean cloth to wrap the newborn baby in. We boiled water to wash the mother with after her delivery and clean the delivery area. We were very lucky there were no complications.

In the meantime, a seven-year-old boy, wounded by a flying bullet that entered and exited his thigh, was brought to the house by his aunts and sisters. We stopped the bleeding by tightly tying his wounded thigh with one of his sister’s scarves.

As the fighting wound down we took the boy, the new mother, and her baby to the hospital. The boy’s leg was not fractured and so he was stitched up and given an intravenous line. As for the baby and the mother, they stayed in the hospital for four hours until the fighting stopped. They were both in good health so we sent them home because we needed the space for seriously wounded patients.

You received many patients at one time and all were urgent cases. How did you manage to respond to all the needs?

You have to start with the most urgent cases. You’re in a situation where time is not on your side and so you must act quickly. Every time you are able to save a patient, it gives you the motivation to save another life. During the violence in February we performed 15 complicated surgeries and then more than 80 surgeries that were smaller. We also carried out blood transfusions for four patients. I was performing the roles of doctor, nurse, and laboratory technician. We were five people (MSF and hospital staff), including two doctors, so there was no way to tend to all these people without everyone’s help. When we got to the hospital it was the end of the fighting, and most of the hospital’s medical staff had gone to see their families. Luckily the drug stock and medical supplies sent by MSF arrived the morning of February 23.

Even though fighting was taking place, people respected the neutrality of the hospital because we were saving people’s lives.

It must be hard to focus on your patients when there is so much going on, but you manage to do it. What keeps you grounded as a doctor and human being in those moments?

I have to focus on my patients and ignore the outside environment, which is so difficult. I have someone’s life in my hands, and so I’m left with two choices: to try to save the patient’s life, or to leave them and know they may die. My motivation to save their life keeps me going.

In times like this, I often have a verse from the Quran running in my head: “If anyone saved a life, it would be as if he saved the life of the whole people.”

MSF recently expanding its work in the area, setting up a primary health care program in two health posts in Elserief to provide general medical consultations, reproductive health services, and nutritional support. Patients in need of specialist care are transferred to Elserief hospital, with MSF covering all medical costs.