"I had given up on treatment...before I met my counsellor"

In places with high HIV or tuberculosis (TB) burdens and significant shortages of human resources for health care work, lay counsellors have become extremely important. They provide HIV testing and counselling and help patients get through difficult challenges in adhering to HIV and TB treatments. But their crucial involvement in treatment programs is critically underfunded. Doctors Without Borders/Médecins Sans Frontières (MSF) recently released a report that illustrates this disconnect.

The following testimonies of patients and lay counsellors themselves also show why this work force needs to be better integrated into HIV and TB treatment programs.

“Thanks to the counsellors I was able to disclose my HIV status to my friends and family. Thank you!”—Gnama Camara

“When I heard my HIV status I did not want to live anymore. And with the support of psychosocial counsellors I got the courage to continue with my treatment and build projects for the future.”—Hassimidou Camara

"My husband died because of our mutual ignorance about HIV.

"In 2007 he was successfully treated for TB, only to fall sick again a year after. He had all his HIV test results but he always refused to take ARVs. I would accompany him to buy all sorts of health supplements and herbal concoctions, none of which worked, of course. It was only much later when I started working as a counsellor that I looked at his medical documents and understood what could have been done to save him. But by then it was too late, he was already dead. I felt so bad when I realised he could still be with me, if only we had information and someone to provide medical guidance and support at the time.

"I'm HIV-positive too and, like my husband, I also went through a serious case of denial – so much so that I infected my child. I was so stubborn and against medical advice, I continued to breast feed. In the process I infected my baby. This is what I always tell people. I tell them about how denial cost me my family.

"Until today I have not told my son that he is HIV-positive. He is seven years old, but still does not know.  Sometimes when I look at him I am overwhelmed by guilt and sadness that I did this to him. But in due time, when he is able to understand, I will tell him. I k;now how important it is:  continuously advise people to disclose their children's status to them. But I also know how difficult and painful it is.

"Now, as a counsellor, there is nothing that makes me happier than seeing someone I have helped recover. I really wish I had received the right information and support back then, before my husband died, before I infected my child. Things would not have turned out the way they did.”—K, 33 years old, counsellor 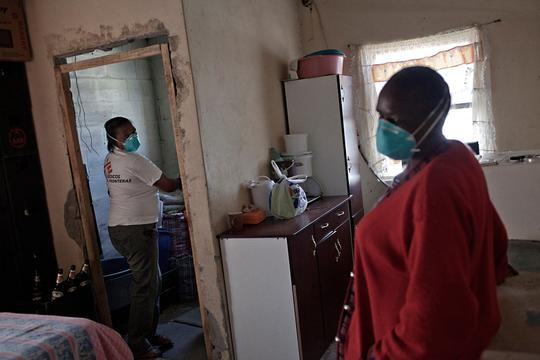 “It was not easy when I was diagnosed with XDR-TB: the nurse didn’t even explain to me what was going on. I was so scared, I thought I was going to die. But when Buci, a DR-TB counsellor, came the following morning, she explained to me what this XDR-TB meant. That made me feel a little better. It happened more than once that nurses refused to give me my treatment or listen to my story. That’s when I would call Buci again, and she would come to fight for me. My family lives far away, so Buci played a big role in my recovery: she was my friend, my family, everything.

Now I’ve become a counsellor myself. We play a major role in the clinic, because the patients don’t call the doctors or nurses. They call or message us, and we help them to get through whatever it is they are going through at that moment.”—Xoliswa Haarmans, former DR-TB patient, now DR-TB counsellor in Khayelitsha, South Africa

“My counsellors helped me with treatment adherence. Thanks to the counsellors, I was able to disclose my HIV status to my friends and family. Thank you!”—Ruth Dube, 25 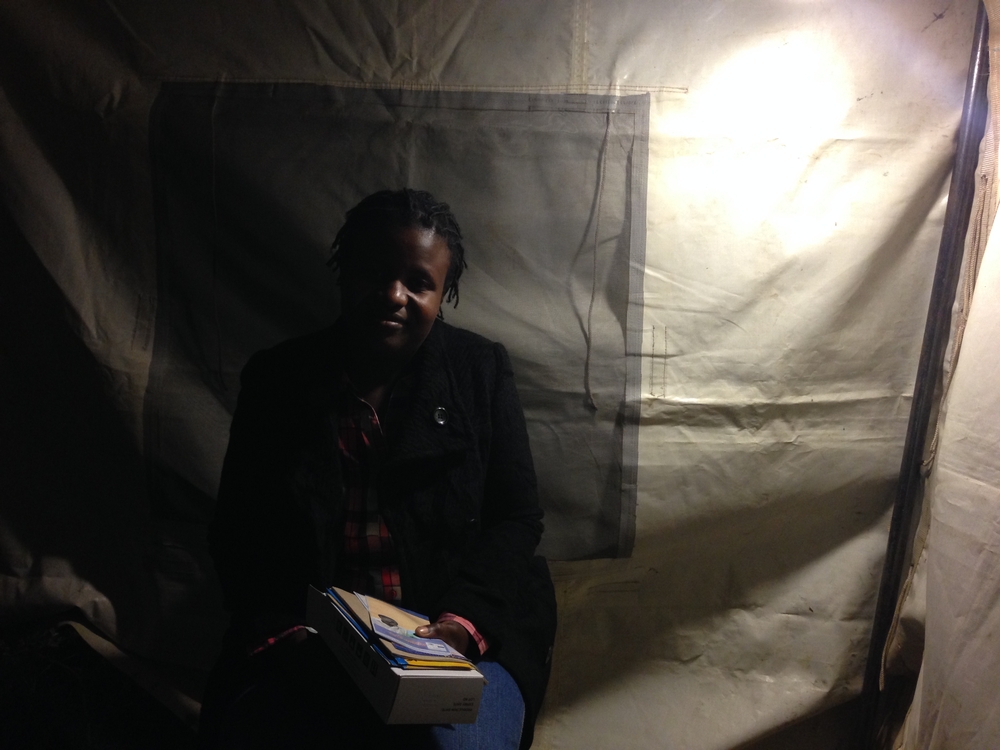 “It’s challenging to provide counselling in the night clinics that provide HIV-testing. The vast majority of people we see are men. Sometimes they shout at me, or become aggressive. But, despite that, the service provided in the night clinic is crucial. Many men don't want to go to health centres, so we go to meet them wherever they are.

I know how to make them understand how to stay HIV-negative, or how to accept the result of a positive test. I also prepare clients before they need to start antiretroviral treatment and make sure they understand what is at stake. This is key to help them avoid defaulting on their treatment.”—Tokozile Dhodho, counselor in a night clinic, Gutu district, Zimbabwe 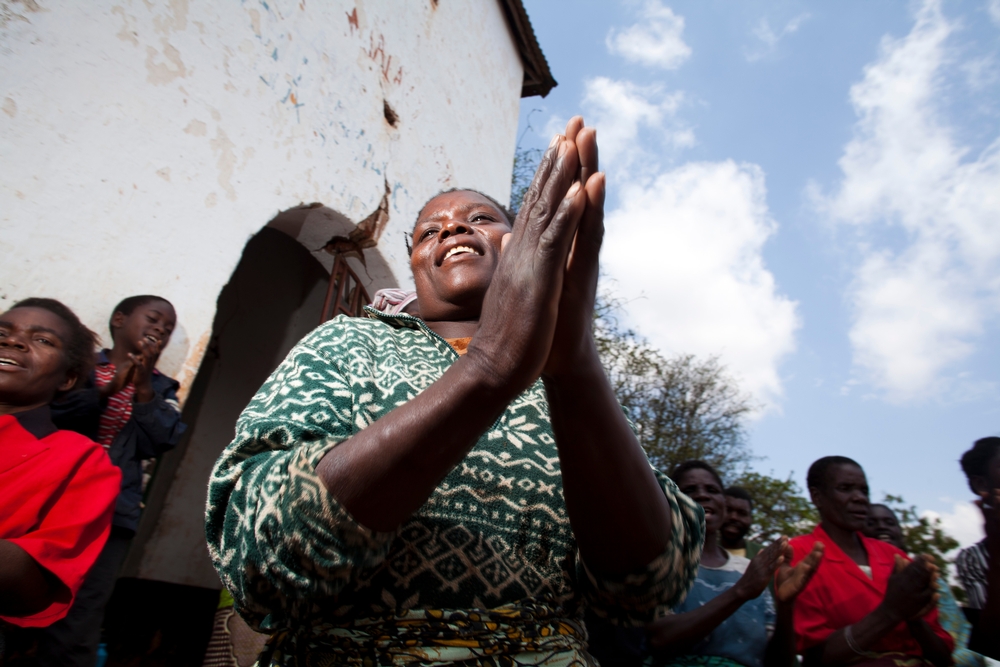 “When I was told I was HIV-positive, I was very worried. I thought; ‘How am I going to tell my husband about this? What if he tells me this is the end of our marriage? How do I present condoms to him?’ I had great fear, for me and for my unborn child.

But then I was in contact with the peer mothers. They were the ones who gave me thorough counselling. They told me, ‘You don’t have to be afraid. There’s a program that helps mothers to prevent infecting their unborn babies.’ They told me it works, so I believed them.

When I went back when my daughter was two-years old, they tested her again. ‘Your child is definitely negative,’ they told me. ‘Thank you for your great work and care of this baby.’ I was extremely happy when they told me that.”—Edna Maulana, enrolled in MSF’s prevention of mother-to-child transmission of HIV (PMTCT) program in Thyolo, Malawi 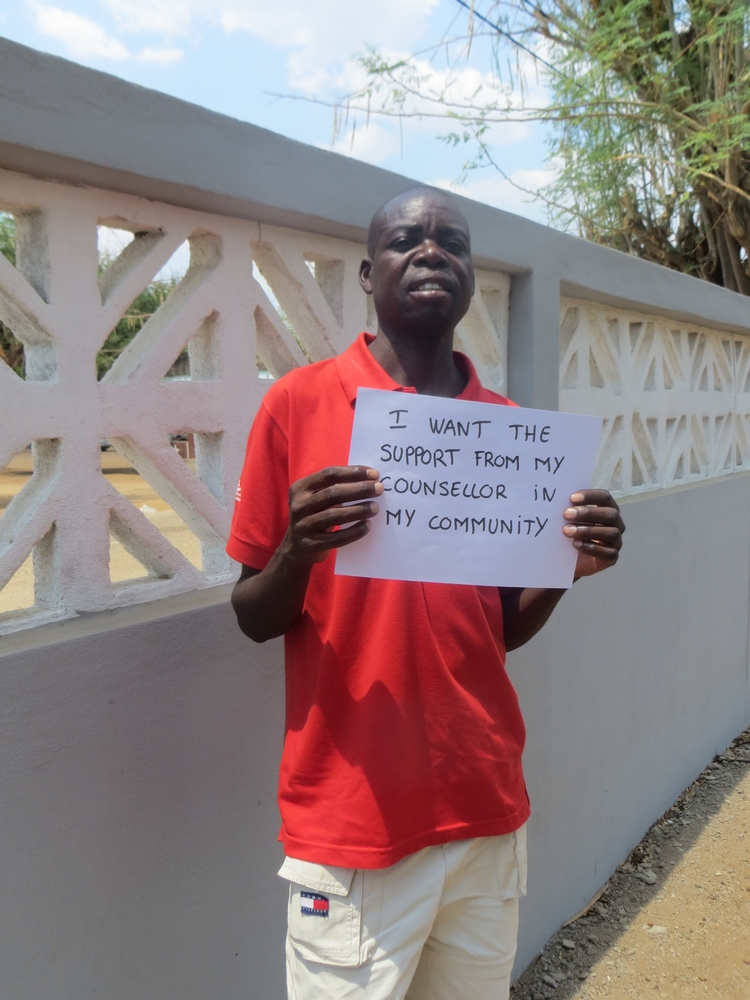 "I like my counsellor because he is giving professional advices to be adherent to my treatment and help us to plan our treatment"—Raul Mwandibozar, from Changara, Tete province, Mozambique. Raul learned he was HIV-positive in 2008 and now he, his wife, and his daughter are all on treatment. He is the focal point of a Community ART group (CAG) where groups of six people living with HIV organize themselves to better access their medicines. The CAG group helps lots at exchanging information about the disease, to remember the dates to pick up the medicines at the health center and to share the costs for transports at the health center.

"I had given up on treatment a long time before I met my counsellor because of stigma. Often, when I was sick and went for consultations, health workers at the hospital would tell me to come another day. Because of that, I didn't want to go back there ever again. But later, one counsellor advised me to do the treatment. She accompanied me to the hospital and spoke to the nurse on my behalf. That’s when she agreed to follow me. Now my friends want to meet with my counsellor so she can help them too. I love my counsellor because she helped me so much. Thanks to her I’m healthy again.”—Monica, 29 years old, sex worker, Beira, Mozambique

Rose Mukayiko talks with MSF peer mother Negitter Nachipo in Thyolo. Rose Mukayiko was four months pregnant when she went to ANC and was told she was HIV-positive. “When I was walking home that day, I had a lot of questions on my mind: “‘How am I going to break the news? Show them my medicine? And how are they going to accept the fact that I’ve come with this medicine and how are they going to support me?’” “It was hard for my husband to accept it. We had a fight and then he finally left for his home village.” “After I told him about this news, I encouraged him a lot to go for testing, as well. He disagreed with this. So much so that he decided to pack his things and leave the house. But he did not make me stop taking ARVs.” “ “I never thought it could get to this point. I never thought that my husband would leave me because of this situation...I don’t have anywhere else to get financial support now. It depends on me doing the housekeeping work I’m doing now to get money.” “The peer mothers have been of great encouragement to me. They give me a lot of counseling and information that helps me not worry when I am alone.” “The very first day that I took my ARVs, I fainted. I was feeling dizzy and sleepy for almost two weeks, every day, all the time. It was so bad, I actually stopped taking ARVs for an entire month. I thought again about my life and the life of my baby. And then I returned to the hospital. I met these two peer mothers. I told them about the side -effects. They encouraged me to keep on taking my treatment because otherwise I was putting my life and the life of my baby at risk.”
Sydelle WIllow Smith