Malawi: Challenges Ahead in HIV Treatment

New WHO directives on the treatment of HIV/AIDS bring new opportunities and new challenges, says MSF's former Head of Mission in Malawi. 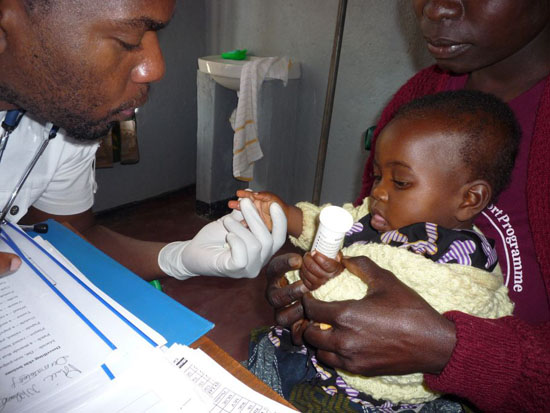 A mother holds her child as an MSF staff member administers an HIV test.

Treatment of patients with HIV/AIDS has changed significantly in the 10 years since Doctors Without Borders/Médecins Sans Frontières (MSF) began treating patients in Malawi with antiretroviral (ARV) therapy, and new directives from the World Health Organization (WHO) have created both opportunities and challenges, particularly financial ones. Martha Huckabee, MSF’s head of mission in Malawi from June 2009 to December 2010, explains:

How will the new WHO recommendations benefit HIV/AIDS patients?

Among these new directives, Malawi has proposed adopting early treatment, changing first-line treatment and implementing the new treatment protocol for HIV-positive pregnant and/or nursing women participating in prevention of mother-to-child transmission programs (PMTCT). If implemented, these changes could have a very positive impact on patient health and could increase the possibility of expanding HIV/AIDS treatment overall.

Currently, patients who start on antiretroviral drugs (ARVs) are often at an advanced stage of the disease and putting them on treatment is a delicate process. According to the new WHO directives, patients would start taking these drugs at an early stage, which would reduce the mortality rate significantly.

The new first-line treatment recommended by the WHO is based on Tenofovir, which produces fewer negative side affects than the current treatment using D4T, which causes lipodystrophy, neuropathy, nausea, weight loss and other problems. In addition, Tenofovir is available in a single-dose combination (one tablet daily), which simplifies treatment and will certainly reduce medical problems and treatment drop-out. It will also allow easier, simpler patient monitoring.

This new line of treatment will also be used with HIV-positive pregnant and/or nursing women participating in PMTCTs. Until now, pregnant women received ARVs only during pregnancy and for six months following birth, and were required to stop nursing after that time. Now they will be placed on treatment for life (and will benefit from better treatment), which should sharply reduce transmission risks, so the number of HIV-positive newborns will drop, too. What's more, extending the nursing period from 6 months to 18 should reduce mortality from malnutrition, childhood diseases, and dehydration.

More patients will have earlier access to more expensive ARVs, which they will have to take throughout their life. This represents a real financial burden for poor countries. 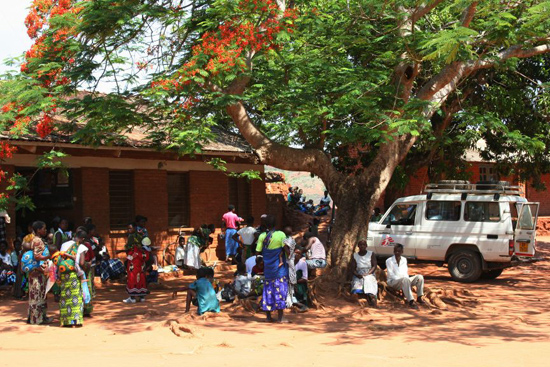 How does Malawi expect to fund implementation on a national level?

The government is currently seeking funding, both national and international, to implement the new recommendations. However, Malawi's recent proposal to the Global Fund to Fight AIDS, Tuberculosis and Malaria regarding adoption of these new WHO recommendations was rejected as overly ambitious. A new proposal will be developed and negotiations are underway.

However, the more money invested in HIV/AIDS programs, the more effective they will be. This will require ongoing, large-scale financial support from multiple donors. Since 2004, when Malawi's national HIV/AIDS treatment program began, the vast majority of funding has come from the Global Fund. If Malawi's proposal is rejected definitively, that could have several significant consequences:

How can MSF address this funding problem?

The current negotiations between Malawi and the Global Fund will have an impact on MSF, which is a key medical actor in the country.

MSF began providing patients in Chiradzulu with free ARVs in 2001. As of last October, we were monitoring 27,000 people, including 18,000 on ARVs. Approximately 3,500 new patients begin treatment every year. We are committed to them and must ensure that they continue to receive treatment throughout their life. If the country faces inadequate funding and shortages of ARVs, as in the past, MSF will buy its own medicines for patients in its program.

MSF has also requested authorization from the Ministry of Health to launch a project in Chiradzulu implementing the WHO directives and financed directly by MSF. That proposal is under discussion. This would help identify potential problems and unexpected issues that could arise in the course of large-scale implementation. It would also provide information on all concrete improvements in patient health and treatment, both individually and overall.