Mexico: Mass arrests drive migrants underground and cut them off from medical care

MEXICO CITY/BARCELONA, JUNE 19, 2019—Raids and mass arrests of groups of migrants near Mexico’s southern border are increasing in frequency, pushing people to travel clandestinely, driving them to use criminal networks, and preventing them from receiving medical care, said the international medical humanitarian organization Doctors Without Borders/Médecins Sans Frontières (MSF) today.

In the past week, MSF teams in Coatzacoalcos and Tenosique have witnessed a number of mass arrests of migrants. One raid in Coatzacoalcos took place as an MSF team was providing migrants with medical and psychological care and handing out hygiene kits. As a result of the raids, migrants are increasingly avoiding places where they might be visible to police and detained—including places where basic medical services are available.

“We are already seeing the consequences of criminalizing migrants and asylum seekers and forcing them underground,” said Sergio Martín, MSF head of mission in Mexico. “Fewer people have come for medical consultations in recent days. The conclusion is obvious: people in need of medical services are not receiving them.”

Last week’s raids in Coatzacoalcos and Tenosique took place as the US announced a deal with Mexico to curb migration and increase enforcement measures in Mexico, with an emphasis on controlling the country’s southern border with Guatemala.

“People are now traveling clandestinely in small groups,” said Martín. “They are forced to travel along dangerous routes, preyed on by criminal elements, and without access to shelter or basic health services just when they need them most. Greater numbers of migrants are likely to resort to using smugglers, who are the ones who stand to benefit most from these repressive measures.”

At the same time, near Mexico’s northern border with the US, cities such as Mexicali, Tijuana, Nuevo Laredo, Reynosa, and Matamoros are becoming temporary home to large numbers of migrants and asylum seekers who are at risk of exploitation by criminal gangs as they wait for a chance to continue their journeys. New US government rules for people seeking asylum in the US force them to await their asylum hearings in Mexico. In the north, MSF teams are treating migrants from Central America and an increasing number of people from countries including Cuba, Democratic Republic of Congo, Angola, and Cameroon. 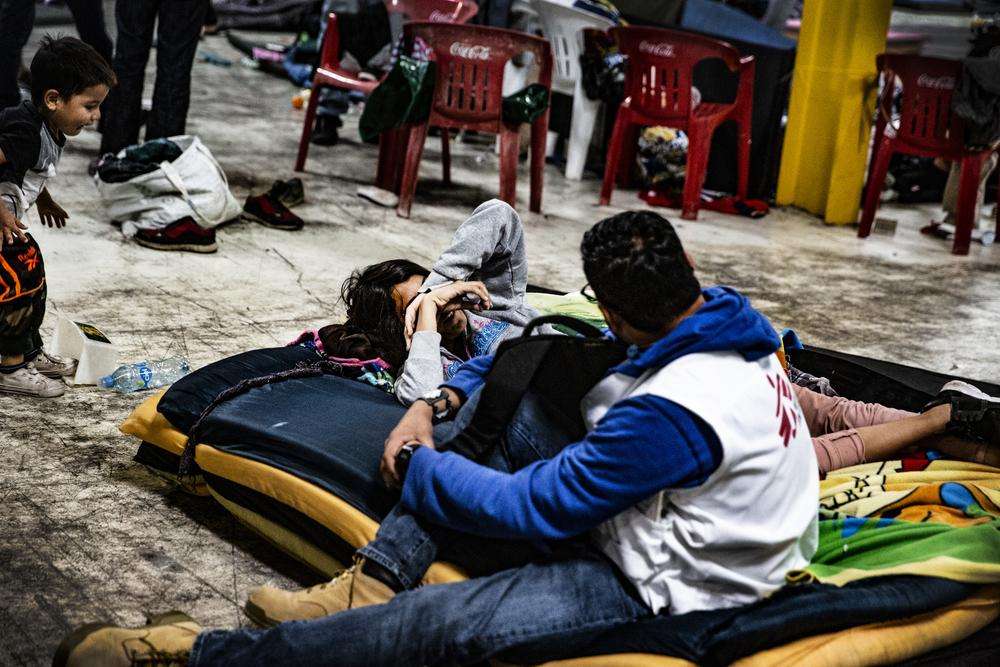 Asylum seekers stranded and in danger in Mexico

“In these dangerous cities, the migrants are exposed to criminal gangs whose lucrative business is the extortion of migrants,” says Martín.

MSF teams in northern Mexico routinely attend to the physical and mental health needs of migrants who have been assaulted or kidnapped by criminal gangs. In many cases, gangs attempt to extort money from migrants’ relatives, either in the US or in their countries of origin, in exchange for the migrants’ release.

Over recent years, MSF has repeatedly denounced the dangerous consequences of repressive policies against migrants and asylum seekers from El Salvador, Honduras, and Guatemala who flee to Mexico and the US. Having fled poverty and violence—as witnessed by MSF teams working in those countries—they find themselves exposed to extreme violence in Mexico.

MSF has provided medical and psychological care to migrants and asylum seekers—mainly from Honduras, Guatemala, and El Salvador—along the migration route through Mexico since 2012. MSF teams have provided assistance in the states of Baja California, Tabasco, Veracruz, Tamaulipas, Oaxaca, Chiapas, Hidalgo, State of Mexico, San Luis Potosi, Jalisco, and in Mexico City.