Medical Coordinator Lucas Molfino describes the situation in Chokwe, where a week of heavy rain has caused severe flooding. 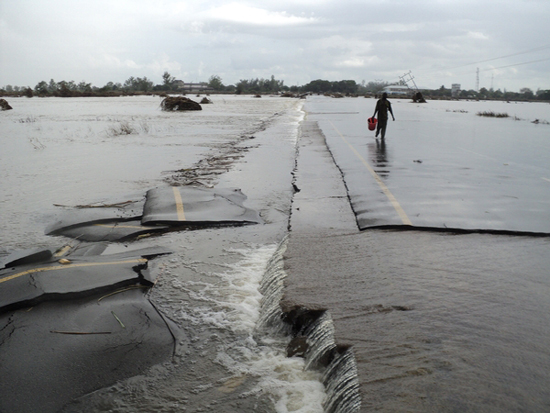 Massive floods destroyed roads and forced 150,000 people to leave their homes behind. 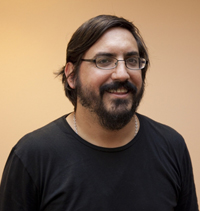 A week of heavy rain has caused severe flooding in parts of Mozambique. On January 25, 2013, Doctors Without Borders/Médecins Sans Frontières (MSF) sent a team to Gaza Province, one of the hardest-hit areas, to launch an emergency response in the city of Chokwe, 225 kilometers [about 140 miles] north of the capital city of Maputo. Lucas Molfino, MSF’s medical coordinator in Mozambique, is just back from Chokwe.

The Limpopo River, which flows from South Africa, swelled after several days of heavy rains and flooded Gaza Province. More than 140,000 people have already been displaced from their homes. They are shocked. Most lost everything when they fled.

MSF decided to go straight to Chokwe because we knew the situation was dire there. The city was under 1.5 meters [about five feet] of water in some areas. Houses and buildings collapsed, and in some places the electrical system was destroyed. Now people are slowly coming back to their houses to see what is left of them.

We set up a health post in the compound of Carmelo Hospital, the only health facility that was still functional. Fortunately the hospital received its monthly supply of antiretroviral drugs the week before the floods. The boxes were still sealed and the drugs were intact. We’ve got enough supplies for the coming weeks. In two days our team did 400 consultations. We are treating people who were injured in the floods, and we are also making sure that patients with HIV and tuberculosis (TB) are getting their drugs to ensure their treatment is not interrupted. Gaza province has one of the highest HIV-prevalence rates in the country, so it is essential to maintain patients on antiretroviral medicine. Some of them lost their medical files and don’t remember which drugs they take. This can complicate the continuity of treatment, but at the same time the patients are coming straight to us for guidance, which shows their remarkable commitment to their health.

The nearby camp of Chiquelane is hosting approximately 40,000 people from Chokwe city and at the moment there is a clear lack of water and sanitation. For the moment the situation remains okay, but we need to closely monitor cases of waterborne diseases like cholera.

The water is receding in Chokwe now, but it is difficult to assess how long our response will be needed. MSF will remain here as long as the Ministry of Health needs us, for as long as it takes them to resume their services and secure access to health care for all. It will take time to get back to normal.

At the moment, the whole country is focused on the weather forecast for the coming days. Gaza Province should be spared more rain, but we are worried about Zambezia Province, where the waters are high. If massive floods occur there, I worry about our capacity to respond to another emergency.