Pushing for Access to a Key AIDS Drug in China 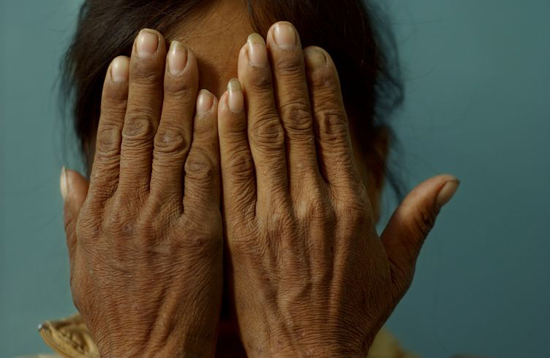 A woman with HIV/AIDS covers her face at an MSF clinic in Nanning.

It's a bitter irony that while China supplies around a third of the raw materials for the world's drug industry, many people in the country living with HIV/AIDS do not have access to the medicines they need.

Now, local patient groups are stepping up the pressure to get hold of tenovofir, a key AIDS drug that has been available in wealthy countries since 2001 and is increasingly being used in the developing world. Doctors Without Borders/Médecins Sans Frontières (MSF) has been treating HIV patients in China since 2003, and shares the concerns of these patient groups.

The Chinese government launched a national program to provide free AIDS drugs in 2003, and by the end of 2007, it had started 40,000 patients on treatment. However, many AIDS drugs are under patent in China, and this, along with other regulatory issues, means that access to these life-saving drugs is problematic. The antiretroviral (ARV) drug Tenofovir (TDF), is a good example. TDF is important for the treatment of HIV because it can be used both when patients have problematic side effects with their initial ARVs, and when patients develop resistance to those initial medicines. Yet TDF is not available in China.

Chinese patient groups first raised their voices over access to TDF in 2006 with a petition pushing for the drug’s introduction in China. The following year, they urged the National Centre for AIDS, the Minister of Health, and the State Food and Drug Administration to prioritise access to TDF and other essential newer AIDS medicines.

“The problem is that our voice is comparably small and we lack a platform to make our small voice heard,” says Meng Lin from the Chinese Coalition of People Living with HIV/AIDS, and Ark of Love, an AIDS patients group.

A less-toxic treatment remains out of reach

Because TDF has fewer side effects than a drug in today’s most commonly-used, first-line regimen, the World Health Organization (WHO) is suggesting that treatment-providers move toward using TDF-based regimens. But the drug is not even registered in China, and is not on the list of drugs provided to patients by the Chinese government. This is despite the fact that the Ministry of Health has recommended the use of the drug.

A high proportion of HIV patients in some parts of China have developed resistance to their drug combinations and need to switch to newer medicines, such as TDF. The reasons behind this worrying trend may lie in the use of bad quality drugs, patients missing their doses, or improper use of antiretroviral (ARV) drugs?all of which can lead to drug resistance. Once resistance develops, patients are left with no choices because they have no access to alternative treatments. Data gathered from the central province of Henan in 2003 show that over a third of patients needed a different treatment after only nine months on their first set of medications. More recent analyses do not suggest that this trend is much improved.

It is hard to ascertain where the blame lies for the delay in making this essential drug available?a delay that has put lives at risk.

Gilead, the patent holder for TDF in many countries, is awaiting the result of its patent application in China and has been dragging its feet in applying for registration of the drug, only filing its application in August 2007, a full six years after the drug was first made available in the US.

Registration of a drug in China can take several years, and efforts to overcome the barriers to accessing TDF in China have so far been unsuccessful. The country’s regulatory authorities have been unwilling to facilitate any early access to the drug through donation programs. The drug regulatory authority also turned down an application submitted by MSF in 2007 to import TDF.

“It is surprising that China’s State Food and Drug Administration is not following international practice and the recommendations of the Ministry of Health, when this drug is used in most AIDS programs around the world,” says Dr. Philip Tavernier, medical coordinator for MSF in China. “Patients in China can no longer afford to wait.”

Meanwhile, patient groups are continuing to keep up the pressure. Zhouji, a coordinator in China for the International Treatment Preparedness Coalition (ITPC), says that over the long term, it is important for groups to build up stronger relationships with the government.

"Writing request letters and gathering signatures is just one way to go. In the longer term, the more effective and sustainable way is to establish a relationship which ensures healthy communication and cooperation between the government and patient groups. This requires time and effort to build up mutual trust, and it will make our voice stronger."

MSF treats patients with HIV in two projects in China. Its project in Xiangfang was handed over to the Chinese authorities in March 2008. In the remaining project in Nanning, MSF provides ARVs to more than 640 patients.