Seasonal Malaria Chemoprevention: "A Powerful Weapon in the Fight Against Malaria"

Dr. Estrella Lasry reflects on a new strategy for treating malaria, a disease that kills hundreds of thousands of people every year. 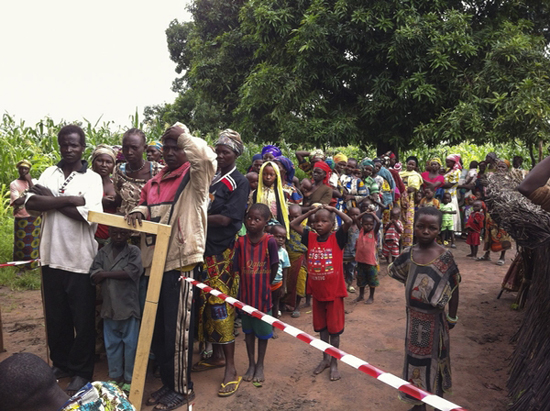 Since July 2012, Doctors Without Borders/Médecins Sans Frontières (MSF) has been employing seasonal malaria chemoprevention (SMC) for the first time in Mali and Chad. This strategy involves intermittent prophylactic distributions of anti-malaria medicines, and the initial results are encouraging, notably for the number of cases avoided. In this interview, MSF Tropical Medicine Adviser Dr. Estrella Lasry reflects on the different aspects and future prospects of this strategy.

What are the main considerations when employing SMC?

It's the first intervention of this type we've ever run, so we had to delve into a number of medical and operational issues and read up on studies covering the subject and the World Health Organization's (WHO) recommendation issued last March.

As a first step, we had to select which anti-malarial treatment to use. The combination of amodiaquine and sulphadoxine/pyrimethamine is known to be one of the most effective, as it causes fewer side effects in children and guarantees relatively long coverage, averaging 28 days.

Then we decided to target children between three months and five years old. Immunity to malaria is less developed at this age, so young children are particularly vulnerable to the disease.

Finally, we identified the most heavily indicated areas to get our work underway. The WHO recommends SMC as a malaria prevention strategy in countries with seasonal malaria—where more than 60 percent of annual cases occur within four months or less. This is the case for the area roughly stretching between Senegal and the Central African Republic.

So, we decided on Mali and Chad, where malaria is the first cause of consultation and infant mortality.

What results were you expecting?

Studies carried out in several countries in West Africa show that SMC can prevent up to 80 percent of simple malaria cases and 70 percent of severe ones. We have no benchmarks to refer to for our projects in Mali and Chad because this is a the first time we've tried the strategy out in real field conditions.

But the initial results seem comparable—we saw a 65 percent reduction in the number of simple cases in Mali in the week following the treatment's administration. Furthermore, the number of malaria-associated hospitalizations plummeted from 247 to 84 per week, amounting to a drop of 70 percent.

These are encouraging results, and we now have to measure their impact in collaboration with research institutes and epidemiologists.

Does SMC give hope for the eradication of malaria?

SMC is not a tool for eradication. Such a tool would entail periodic treatment of the entire population, including adults, because the parasite is transmitted from person to person by the bite of certain mosquitoes. For now, we're focusing on reducing the number of malaria-associated deaths and cases. Around 15 percent of infected children develop severe forms. If they do not receive timely care, they almost certainly die. And even if they do receive adequate care, the mortality rate for severe malaria still stands at about 15 percent. If we want to reduce malaria-associated mortality, we have to try and reduce the number of cases among the most vulnerable group: young children. Furthermore, it is important to emphasize that while SMC seems to be a good public health tool for malaria control, we need to continue to promote mosquito net distributions and sensitization, indoor spraying, and confirmation and treatment of cases of malaria.

Why don't we administer SMC in all areas where malaria is endemic?

As things stand, the seasonal nature of malaria in certain countries enables us to determine our interventions—it's just not feasible to administer treatments year round. And even if the results are promising, we must exercise caution for now. It's a relatively onerous treatment that can cause side effects: for instance, amodiaquine, one of the two molecules used, can be rejected or lead to vomiting in a child. Suphadoxine/pyrimethamine can also spark off allergic reactions, such as Stevens-Johnson syndrome. It's rare (1.2 cases per 100,000 exposures to the medicine), but calls for surveillance nonetheless. We also have to monitor the evolution of resistance to the molecules used, which could develop in three or four years time.

Lastly, the cost of the treatment currently stands at 50 cents per child per month. This may seem low by itself, but it seriously adds up when distributed at a national scale.

To summarize, we must be cautious. We have to evaluate the strategy's impact, even if the initial results are incredible and spur us on to replicate the project worldwide! But at least we have the prospect of having found a powerful weapon in the fight against malaria, a disease that kills hundreds of thousands of people every year.