On June 5, MSF opened new TB departments in two of its health centers in the Middle Shabelle region of Somalia. The departments will provide free quality TB services, including testing, treatment, and health education to the communities living in the surrounding areas of Mahaday and Gololey. 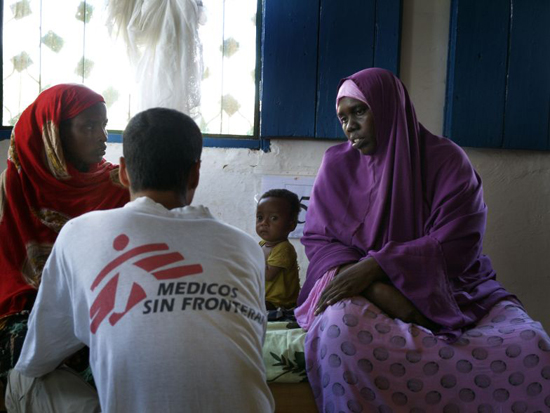 On June 5, Doctors Without Borders/Médecins Sans Frontières (MSF) opened new tuberculosis (TB) departments in two of its health centers in the Middle Shabelle region of Somalia. The departments will provide free quality TB services, including testing, treatment, and health education to the communities living in the surrounding areas of Mahaday and Gololey.

“TB is a huge public health problem in Somalia; it is responsible for around 5,500 deaths every year,” said Monica Camacho, MSF head of mission in Somalia. “People living in the rural areas of Middle Shabelle do not have access to TB treatment so MSF is opening these new facilities to address these vital needs.”

The new outpatient facilities will be the first of their kind to serve the communities in Mahaday and Gololey. In each location there are already a number of suspected TB cases. The new facilities will start testing and providing treatment for people who have TB.  Besides offering treatment, a network of Community Health Workers (CHW) will carry out community mobilization and health education on TB.

“Despite the challenges, MSF is committed to providing healthcare in Somalia,” Camacho said. “We’re very happy that we’re able to start these new activities in the Middle Shabelle region.”

MSF provides basic health care through a network of four health centers in the rural and urban areas of Jowhar, Mahaday, and Balcad. In 2009, 118,968 people received consultations and free medication and 26,542 women received ante- and post-natal consultations in the outpatient departments. More than 5,336 malnourished children were admitted to the therapeutic feeding centers for malnutrition treatment and management of related medical complications. In total, 1,666 babies were delivered. In July 2009, MSF teams tackled an outbreak of measles in Jowhar, treating over 1,000 people in camps for internally displaced persons in Jowhar itself and another 3,756 in Balcad, Warshiik, and El Mahan. Some 62,132 children were vaccinated.

MSF does not accept any government funding for its projects in Somalia. All its funding comes from private donors.