People from Borno State, Nigeria, are on the move, trapped in a deadly cycle of violence due to Nigerian military operations, Boko Haram attacks, and the ongoing need for food and for basic services. Some are seeking safety in neighboring Cameroon, but MSF has witnessed Nigerians being forcibly returned to their country by the Cameroonian military over the last few months.

Some displaced MSF patients shared their stories, below. All patients’ names have been changed.

I am originally from a village not too far from here, but I fled to Kolofata in Cameroon more than a year ago because of Boko Haram. I came here to Banki [in Nigeria] four days ago.

On the day I was brought here [without my family], my wife went into labor [back in Kolofata] and was rushed to the clinic. All my six children are there in Kolofata, as well. I was the only one that came here to Banki. I wanted to go see my wife to know how she was doing, but there was no way I could do that because we had been gathered by Cameroonian soldiers and were not allowed to leave.

We [had] lived in Kolofata for more than a year when they just decided to send people back to [Nigeria] without any explanation. We did not tell them we wanted to come back to our country. They forced us to come back. They woke us early in the morning and took us to a field. I told them my wife was in labor, but they said when I got to Nigeria I should explain to authorities there for them to allow me go back to Cameroon for my family. But since we came, we have been in this compound and you cannot go outside without permission.

In Cameroon, we could not resist our deportation because we were helpless and had no choice because we were in another man’s land. They did not explain why they were sending us away and we did not know why. Living there was not pleasant at all. We had water and food problems. We never benefited from any food distribution. You either farmed or did menial jobs like breaking firewood or selling water. This was how we survived. There were several days when we went hungry because there was no food. There were people selling drugs, so if your child was sick you would have to pay for drugs.

Since I arrived in Banki, I have not had good sleep because of the thoughts of my family. I don’t know if my wife delivered safely and what the condition of the child is. I don’t know anything about my family and this is really giving me sleepless nights.

Since we came here, we’ve depended on members of the community who bring us food when they come to visit. None of us has benefitted from the distributions, even the one done today.

My biggest problem right now is my family, the fact that they are not here and I don’t know how they are. 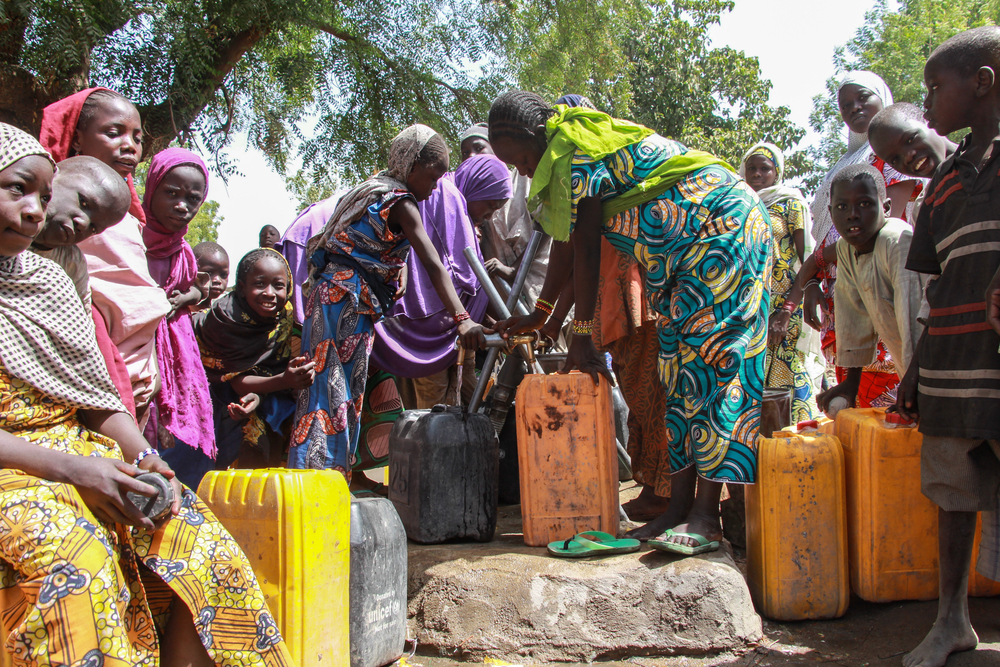 I have two children and we just came back from Cameroon. I’m originally from a village not too far from here. We left the village a year ago to go to Kolofata because Boko Haram were chasing people out.

My husband is here in Banki, but we came separately from Cameroon. [Cameroon soldiers] left me behind when they brought my husband here nine months ago. I wanted to join him then but I couldn’t, and I had tried, but could not get a vehicle coming here.

They gathered the men, and when the vehicles came that would bring them to Banki, they told the women to stay back and said the vehicles would come back for us. We gathered our belongings and waited for the vehicles, but they never came. I was four months pregnant then, and now my baby is four months old. They only came a few days ago and brought us here.

When my husband left, it was difficult to survive because there was no food and no money. If we managed to get some guinea corn, we would make it last for days. There were days that we went to bed hungry. Sometimes, I would go to neighbors to beg for food for my children when the hunger was unbearable for them. 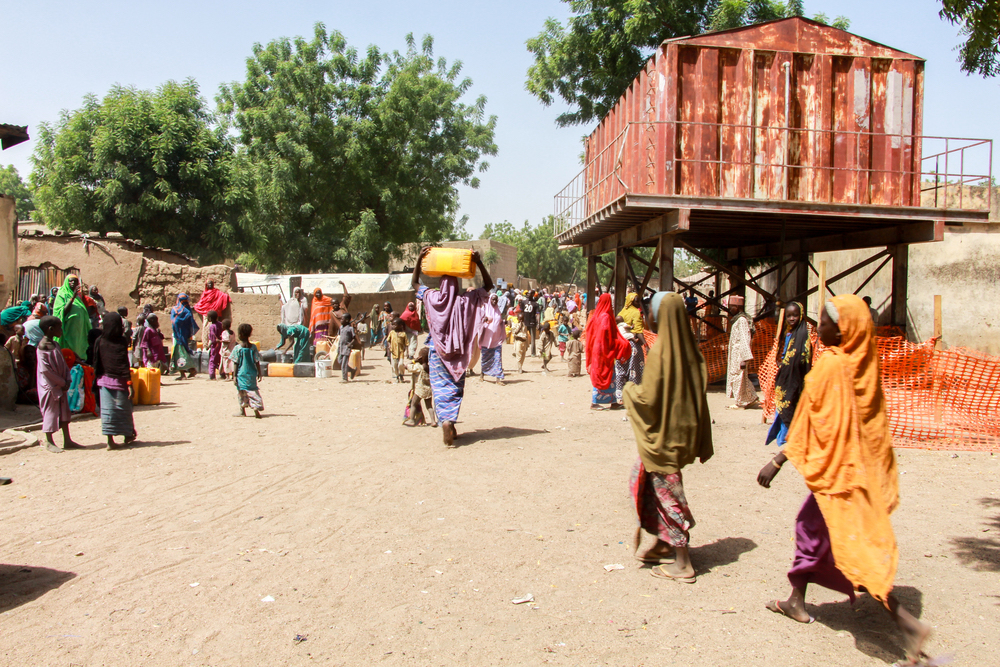 I don’t know the whereabouts of my family after they were deported by Cameroon soldiers a month ago. I was brought here two weeks ago. The soldiers came and gathered people. Those who didn’t have Cameroonian IDs were put into vehicles and driven away.

I could only come with the clothes I’m wearing now. They did not even allow me to go inside my house to take some of my belongings. Since coming here, I have not heard from my family to know how they are faring.

I lived in Cameroon for three years after fleeing Nigeria with my family because of Boko Haram. For the entire duration of our stay there, we never received anything in terms of food or non-food distributions, not once. It was a struggle to get food to eat. Some worked on people’s farms in exchange for food or money. Some worked on building sites as laborers. Some begged for alms.

Here we sleep on mats without blankets in this open place. The mats were given to us recently, but before then, we were sleeping on the ground.

It was not my wish to come here, but I had no choice. It would have been better if we were taken to Pulka or Gwoza, which is our area, rather than coming here. We could not tell them where to take us to because we were scared they would take us to a different place.