TRIGGER WARNING: This article or section, or pages it links to, contains information about sexual assault and/or violence which may be triggering to people who have had similar experiences.

These stories have been bravely shared by women and girls cared for by Doctors Without Borders/Médecins Sans Frontières (MSF) in our medical humanitarian projects. Each woman, or child in the company of their guardian, has given consent for their stories to be shared. Their hope, and ours, is that you can bear witness to their suffering, and contribute to breaking down the barriers to addressing sexual violence.

Penluther Mundida, an MSF nurse counselor at the project in Mbare, Zimbabwe, reminds us that it is easy to forget the individual stories when sexual violence seems so ubiquitous:

"Reading the newspapers in Zimbabwe, there is often a headline that refers to sexual violence. Behind each of these headlines there is an individual, a woman, a child whose life has been changed by the act of violence. It is clear that no one is immune from sexual violence. The impact of rape and sexual violence includes unwanted pregnancy, psychological trauma, physical injuries, and sexually transmitted infections such as HIV. Some of these victims are subjected to both sexual and physical violence. Some girls are forced to marry the perpetrators, which also complicates the rest of their lives. Most perpetrators are people known to the victim, which makes it very difficult to trust anyone. Each victim has a story.

Most people do not feel comfortable to talk about rape but silence is a killer. Let’s speak with one voice and support victims of all forms of violence." 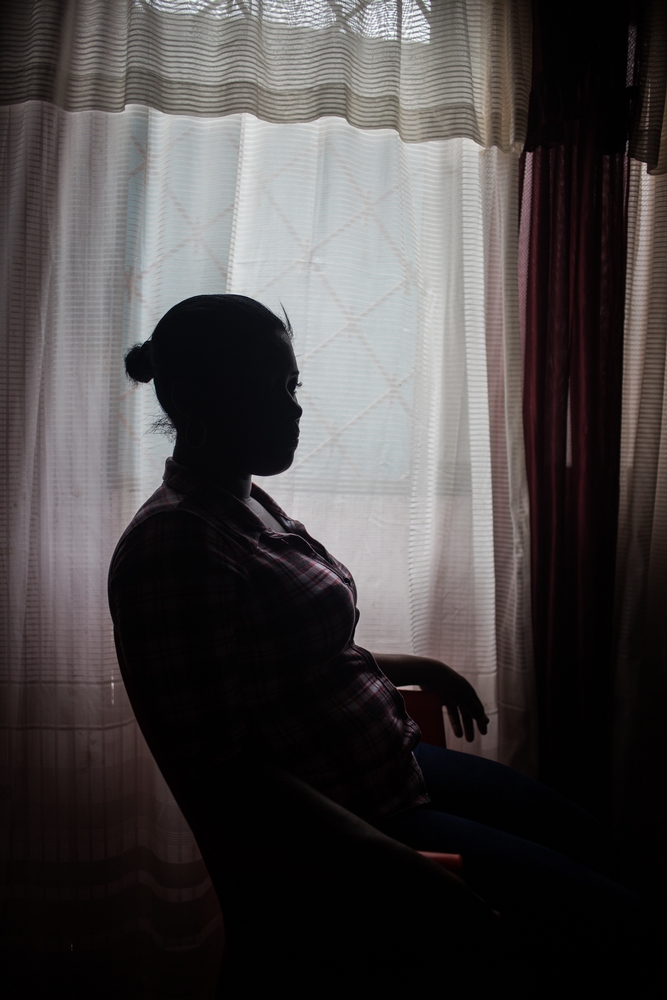 “They gave me a drink, and they were people I didn't think would do that to me. After the drink I was unconscious.

When I woke up, I woke up undressed, I don't know how many people had passed over me.

In the hospital I couldn't sleep, I was always crying. I chose MSF because they were very discreet and I felt safer.

Now I am better. Even after what has happened, I can almost say that I am the same person I was. I don't need that memory anymore.

I thought that I couldn't get over it, but thanks to god my fear is gone.

I'm going forward, and I thought that I didn't have a life anymore, but yes, I do.”

* Victim’s name has been changed to protect her privacy.

"It Becomes Challenging to Forget" 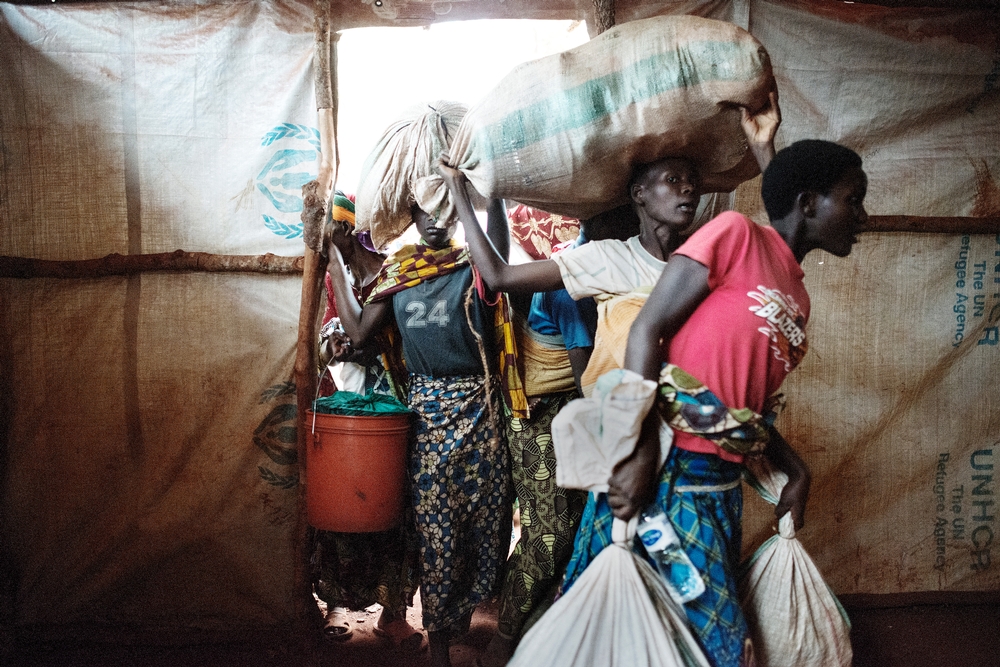 Recent increases in the number of refugee patients accessing MSF's clinic for sexual violence in the Mathare slum in Nairobi, Kenya, has emphasized the lack of support systems available to victims.

Gloria [name changed] is a Burundian refugee who fled alone after her father was arrested and killed. Unable to find refuge or security in Ethiopia, she made her way to Kenya. But her difficult journey became harder when she was sexually attacked by a group of unknown assailants in Mathare slum.

“The MSF clinic has greatly helped me with treatment and psychological care following my rape. Five men attacked me and two of them raped me. I decided to cut across a field but because I was a visitor, I got lost. I saw these five men. They were smoking weed and chewing khat. I went to ask them for directions. They first robbed me. They took my phone and $100. I then thought they were just thieves but one of them started to undress. I struggled with them. They took a razor and tore on my buttocks. After the second person, there were some people coming so they ran. The people called MSF and when I went to report to the police they also called them. I was tested for HIV. I was given HIV drugs and [a] three months appointment. I have one month to go after which I will get another HIV test to confirm the negative status.

“I become depressed every time I recall that day. After reporting to the police, they asked me if I knew the perpetrators. I had never seen these men before as I was still very new to the area. They asked me how I expected to have them arrested if I cannot identify them, so now I do not know what to do.

“Right now, my life resembles that of a person afflicted by a bad tragedy, for whom something has changed. There are days it hurts a lot when I go to the toilet. One could forget what happened, but as refugees, with all the other difficulties in our lives, it becomes challenging to forget.”

"My Mother Did Not Believe Me" 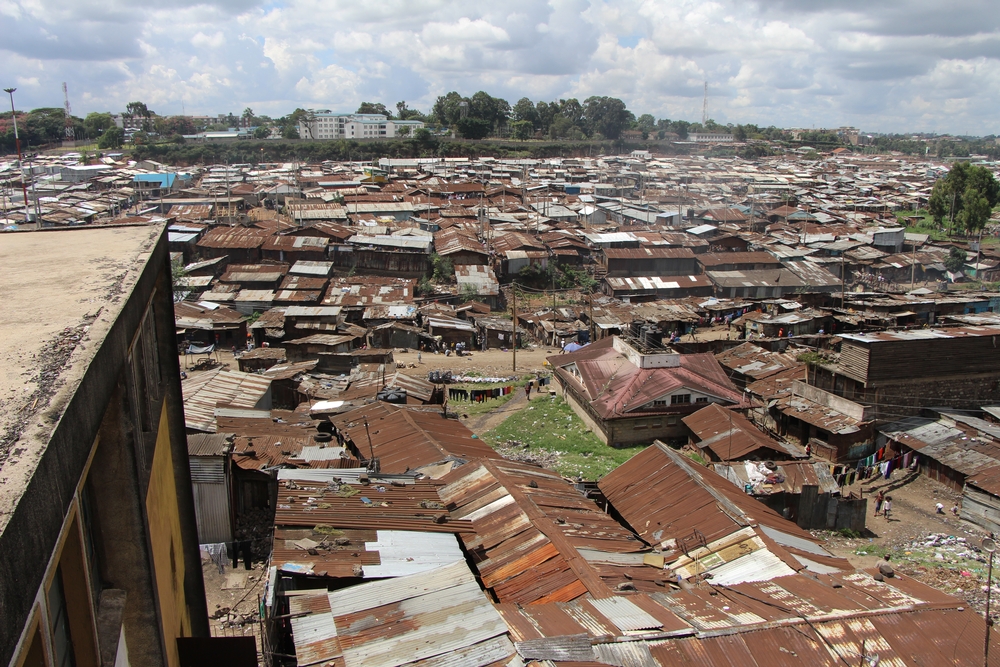 Seventeen-year-old schoolgirl Wangai [patient name changed] suffered a prolonged sexual assault in her neighborhood. She was cared for at the MSF clinic in Mathare, Nairobi.

"I was going to school when I met with some boys. They are my neighbors, though not very close ones. When they asked me to stop, I did. It never occurred to me they would harm me as they are my neighbors.They asked me to accompany them. I declined. They pulled me and took me with them. They locked me at their house for two days. I was left with one of the boys who forced me to sleep with him. I refused. He raped me.

“Before the incident, I had told my mum there were boys who were following me but my mother did not believe me. So when I disappeared my mum came looking for me at this boy's home. His mother did not know his whereabouts but told my mum to go to his house. This is where my mum found me.

"It was very painful because I was still a virgin. I felt bad and even telling my mum [it] was very difficult to explain to her what the boy had done to me. She came to find out once we visited the clinic. After the incident happened, we called MSF, who came and picked me up.

"We went to the police to report the incident and I have continued coming here for treatment and follow up. It was confirmed that I was only pregnant and had no other diseases. Although an original search could not find the boy, he was later found and arrested, but released.

"When I was told I was pregnant, it never crossed my mind to get an abortion or have it adopted, I decided to stay with the baby. I decided to keep the child because it felt difficult to lose the child, even though it was conceived with someone unknown to me. And at times I feel bad because I wonder what I will tell the child if he asks me about his father whereabouts.

"I had wanted to be an artist." 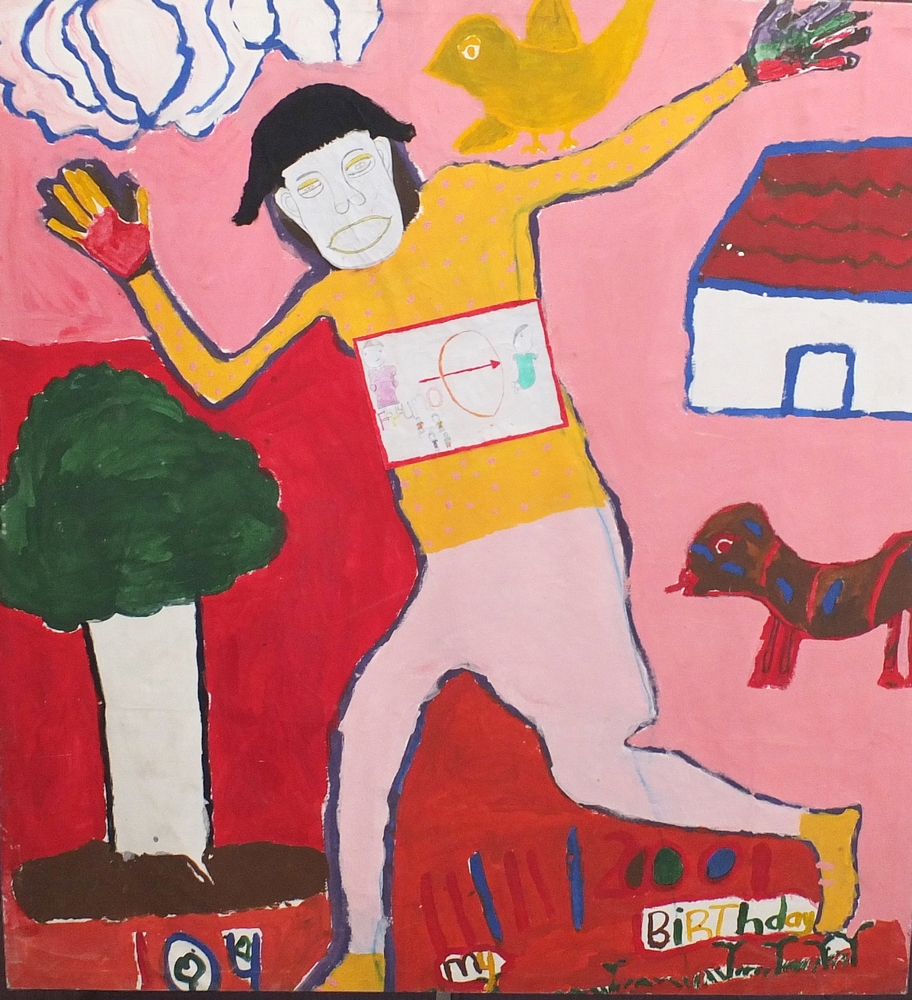 In her drawing entitled "Joy in my life," a 13-year-old girl aspires to be a magistrate when she grows up because of the injustice that she witnessed in her life. She was sexually abused by her stepfather and as a result she fell pregnant. Out of fear of being harassed by her stepfather, who had threatened her, she did not disclose the matter to anyone, not even to her mother, because she felt she was supportive of her husband.

The matter eventually came to light and the girl was sent for counseling and medical support by MSF and referred to a place of safety until she gave birth and gave her child up for adoption. Her case was heard in court and the father was sentenced to 18 years in prison.

MSF continued providing psychosocial support to the mother and her child, and assisted the child throughout the court processes. Though the experience was incredibly painful, the girl now she feels that since justice has been done, the sky is the limit. She is back in school. She will fly high and fulfill her dream of becoming a magistrate.

At MSF’s Mbare Polyclinic in Zimbabwe, victims of sexual violence participate in psychosocial support therapy using a process called body mapping. This creative therapeutic tool gives a voice to survivors through visual artistic expression. It involves drawing pictures, symbols, and words to represent their lived experiences and celebrate their hopes and aspirations for a brighter future. A group of victims shared their stories in a joint exhibition in Harare in November 2015. 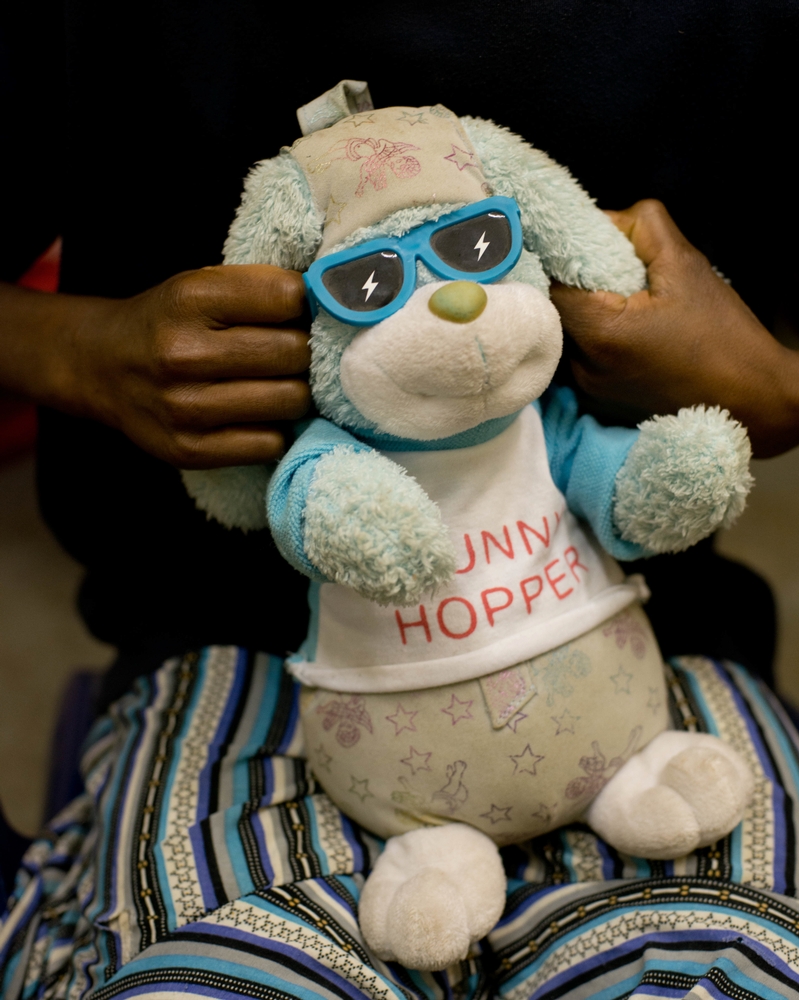 She was 13 years old, and came to MSF’s Family Support Center in Tari, Papua New Guinea, for the first time with her mother.

Sitting in the Children’s Protection Room, she explained that a young man from her village had pushed her into her house, removed her trousers, and attempted to rape her. But she also revealed that the previous year the same man, an 18-year-old, had already raped her twice.

The first time she was raped in the bush. The second time she was returning from school and the boy took her into the bush, threatening that he would cut her neck. The mother and child went to the village court and the police, without result. The young man is still in the village and denies that the incident happened.

Nonetheless, the mother explained, "I brought my daughter here, to have her checked. We are not scared to go home, as the village leaders will sort it out."

But the 13-year-old remained clearly troubled. "I spoke up, so now I am afraid to go home. We have to use the same road. Because I have spoken up I feel ashamed, as all my friends are laughing at me."

Despite having some of the highest rates of violence against women and girls in the world outside a conflict zone, there are only six safe houses in Papua New Guinea and none in Tari, Hela Province, where MSF supports Tari Hospital and runs the Family Support Center.

Young woman who get pregnant after have been raped. She is followed by MSF in Centro de salud Alonso Suazo. This photo is part of a series taken in Tegucigalpa for the www.urbansurvivors.org web documentary project.
Kadir Van Lohuizen/NOOR