A newly constructed cholera treatment center run by the international medical humanitarian organization Doctors Without Borders/Médecins Sans Frontières (MSF) in Abs, Yemen, was hit by an airstrike Monday at approximately 5:40 am.

No staff or patients were killed or injured. The facility had not yet received any cholera patients and was empty. The CTC is located about one kilometer from the MSF-supported Abs Rural Hospital, a 147-bed hospital that serves a population of more than one million people. Markings on the roof of the compound clearly identified the CTC as a healthcare facility. The airstrike has now rendered the CTC non-functional. In keeping with security protocol, MSF has temporarily frozen its activities in Abs until the safety of its staff and patients is guaranteed.

“This morning's attack on an MSF cholera treatment center (CTC) by the Saudi and Emirati-led coalition (SELC) shows complete disrespect for medical facilities and patients. Whether intentional or a result of negligence, it is totally unacceptable. The compound was clearly marked as a health facility and its coordinates were shared with the SELC. With only half of health facilities in Yemen fully functional, nearly 10 million people in acute need, and an anticipated outbreak of cholera, the CTC had been built to save lives. MSF has temporarily frozen its activities in Abs until the safety of its staff and patients is guaranteed.”

There have been a number of social media posts regarding a letter sent by an MSF staff member in relation to the June 11 bombing of MSF’s cholera treatment center in Abs, Yemen, by Saudi- and Emirati-led Coalition (SELC) forces. This letter, which was addressed to the coalition’s Evacuation and Humanitarian Operation Cell, was based on premature and incomplete information and does not represent the official position of MSF.

MSF records clearly demonstrate that the GPS coordinates for the cholera treatment center were shared at least 12 times in writing with the coalition’s Evacuation and Humanitarian Operation Cell (EHOC). The coordinates were shared on a weekly basis over a period of more than two months prior to the bombing. EHOC acknowledged receipt of these coordinates in writing at least nine times. The SELC was therefore aware of the coordinates.

MSF’s general director sent a detailed letter addressed to the Saudi Commander of the Coalition today, June 13, which represents our official institutional response to the bombing of the medical facility in Abs. MSF maintains that the bombing is an unacceptable attack on a medical facility. The attack destroyed a patient ward and damaged an adjacent triage and observation ward. MSF strongly condemns this attack, which is part of a worrying pattern of strikes on essential medical services that leave an already very fragile population with even less access to essential, lifesaving medical care and services. 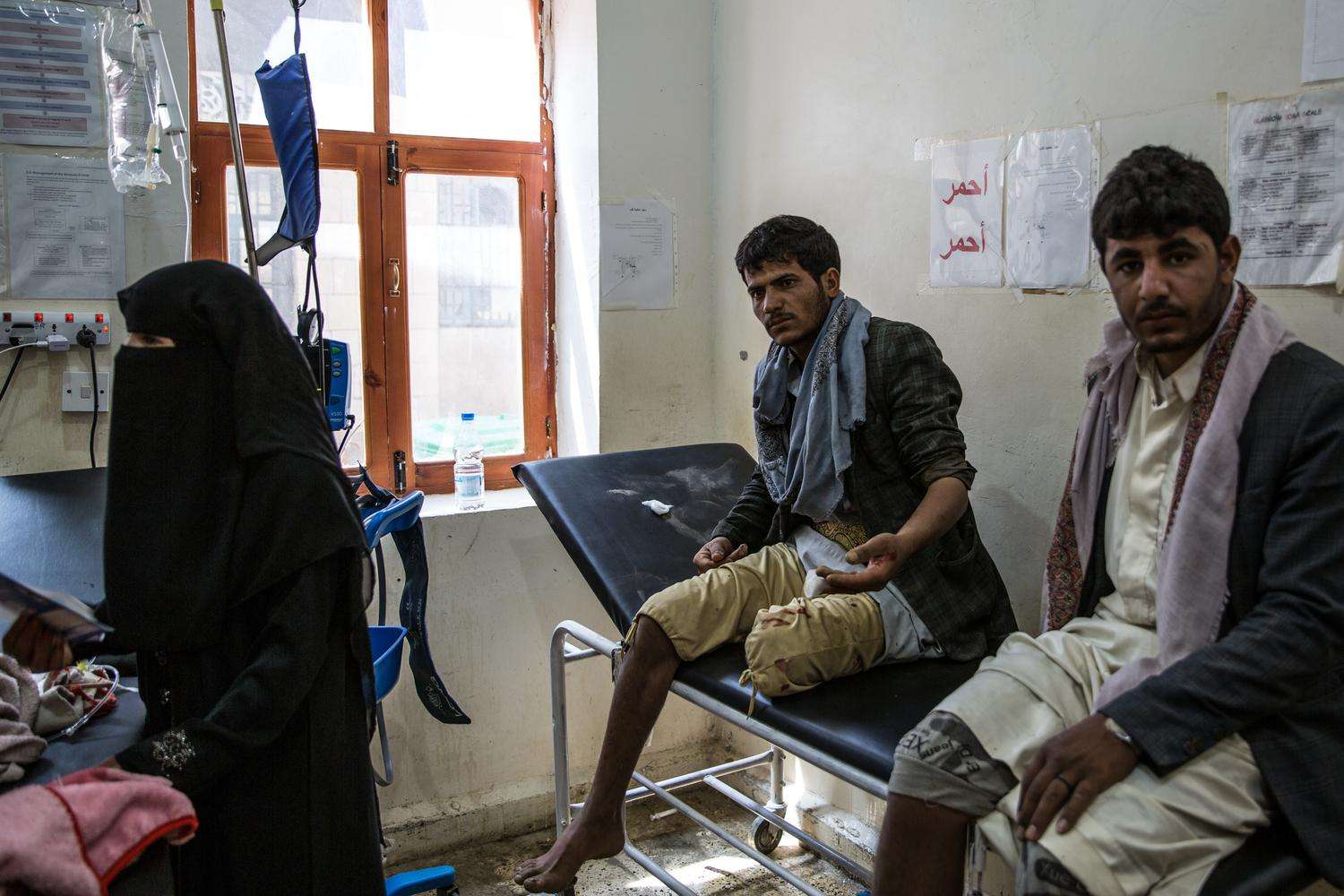 Since December 2017 the international coalition led by Saudi Arabia and the United Arab Emirates has intensified its airstrikes against Houthi rebels in northwest Yemen, leaving people living in the region more vulnerable than ever.
Read more