As fighting intensified between Ansar Allah troops and forces supported by the Saudi and Emirati-led coalition last year, thousands of mines and improvised explosive devices were planted across roads and fields south of Hodeidah, in an effort to prevent the advance of the coalition's ground troops.

"Specialized mine clearance organizations and the authorities must step up their efforts to demine the region in order to reduce the number of victims," said MSF head of mission Claire Ha-Duong. 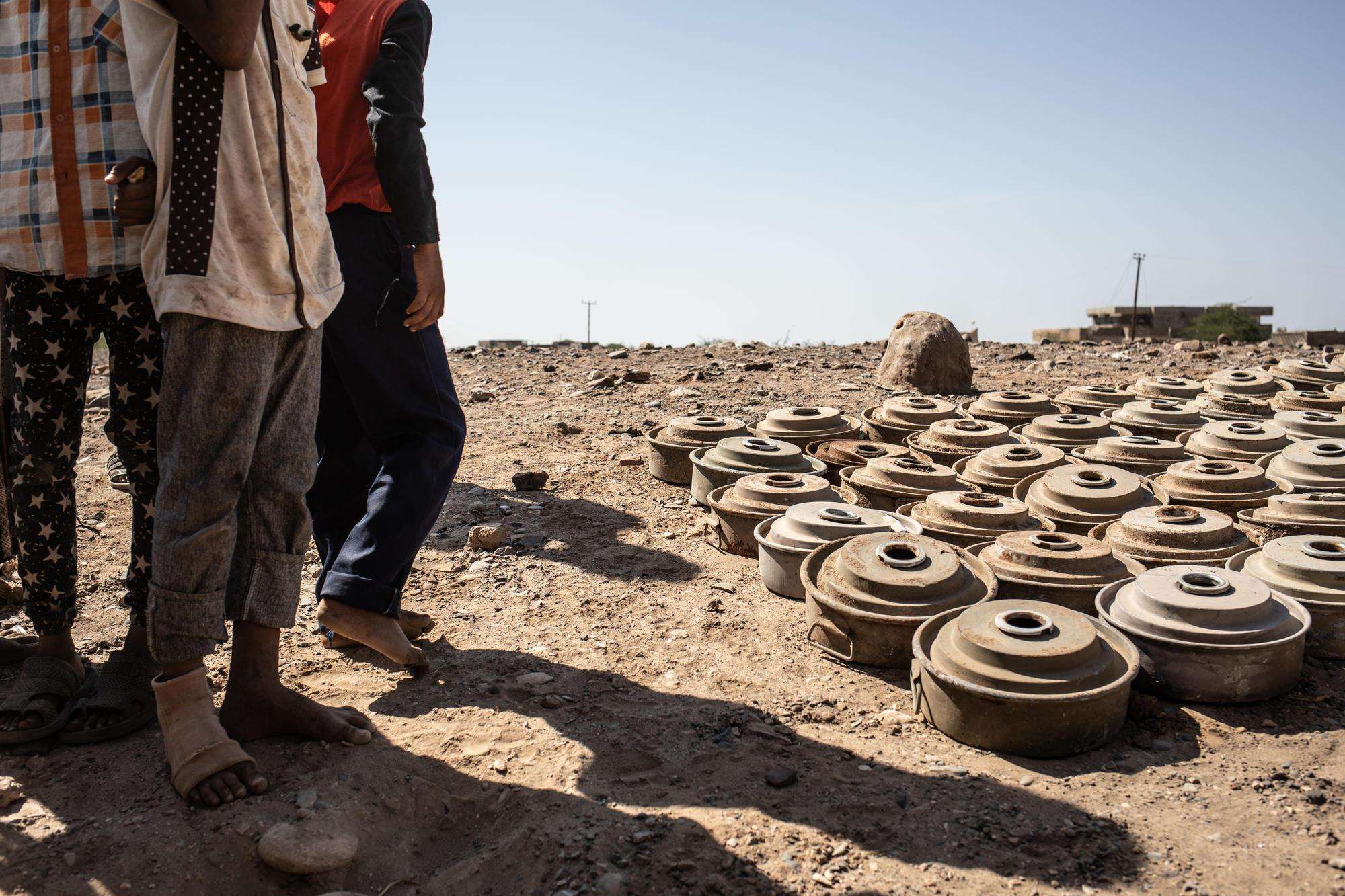 Yemen: Living in a minefield

MSF set up a hospital in the city of Mocha, in Taïz governorate, in August 2018, to perform emergency surgery for people suffering war wounds and women suffering complications during pregnancy. From August to December 2018, MSF teams in Mocha treated more than 150 people wounded by mines, improvised explosive devices and unexploded ordnance—one third of them children, who had been playing in fields.

Current mine clearance efforts in the area are managed by the military and are focused on roads and strategic infrastructure, paying little heed to civilian areas such as agricultural fields. Civilians are the principal victims of the mines and explosive devices in the area, as many are killed or maimed for life.

By creating generations of maimed people, mines have far-reaching repercussions—not only for individual families, but for society as a whole, as their victims are likely to be more dependent on others and more socially isolated.

Ali, an 18-year-old from a small village in a rural and very poor area near Mawza, was wounded two months ago when he stepped on a land mine in a field near his house. His right leg was amputated under his knee, compounding difficulties he had with a weak left leg due to polio in childhood. He now comes to MSF's hospital in Mocha for physiotherapy twice a week.

Not a day goes by without war-wounded people like Ali arriving at MSF's hospital from the front lines between Taïz and Hodeidah. It is the only facility in the region with an operating theater and the capacity to perform surgery.

"The war-wounded often get to Mocha very late and many are in a critical condition," said Husni Abdallah, a nurse in the operating theater. "They contract infections because on the front line they aren't always stabilized as well as they should be. Mines cause particularly severe injuries, so we see complex fractures that are difficult to operate on. Patients often have to have amputations and then require months and months of rehabilitation."

The area has become largely devoid of medical care because of the war, with the next closest medical facilities in Aden, six to eight hours' drive away. Many local people cannot afford transportation to Aden or the costs of treatment there.

"The coastal region between Hodeidah and Aden is rural and extremely poor," Abdallah said. "People have no access to medical treatment and our hospital is the only place they can go when they need surgery. . .Some don't manage to get to Mocha in time and die of wounds that could have been treated. Or they’re pregnant women who die during labor due to a lack of adequate medical care."

Thousands of explosive devices will endanger the lives of people in Yemen for decades to come. The UK-based organization Conflict Armament Research pointed in a recent report to Ansar Allah's mass production of mines and improvised explosive devices, as well as its use of anti-personnel, vehicle, and naval mines. According to the Yemen Executive Mine Action Center, the Yemeni army cleared 300,000 mines between 2016 and 2018.

Since MSF opened its hospital in Mocha, its staff have provided more than 2,000 emergency room consultations and performed about 1,000 surgical procedures. MSF works in a total of 12 hospitals and health centers across the country and provides support to more than 20 hospitals or health facilities across 11 governorates: Abyan, Aden, Amran, Hajjah, Hodeidah, Ibb, Lahj, Saada, Sana’a, Shabwah, and Taiz.