How we’re helping in Pakistan

Access to health care remains a challenge, especially for women and children

Learn more about how we are responding to the coronavirus pandemic in Pakistan.

Mother and child health remain a focus for Doctors Without Borders/Médecins Sans Frontières (MSF) in Pakistan, where access to health care is challenging, especially in isolated rural communities and urban slums.

Pregnant women die from preventable complications during pregnancy and delivery, and newborn care is unavailable in many parts of the country; even where it is available, many cannot afford it.

Mother and child health in Balochistan

In Chaman district headquarters hospital, near the border with Afghanistan, our teams work with the Ministry of Health to provide reproductive, neonatal and pediatric health care. We also manage trauma cases in the emergency room and offer inpatient and outpatient nutritional support for malnourished children under the age of five. These services are available to local residents, Afghan refugees, and people who cross the border seeking medical assistance.

We also support an inpatient therapeutic feeding program for severely malnourished children, the general pediatric and neonatal wards, and reproductive health care in Dera Murad Jamali district headquarters hospital. We set up a water treatment plant at the hospital to ensure availability of clean water for patients, their caregivers, and medical staff. In the eastern districts of Jaffarabad and Naseerabad, our teams treated 9,000 malnourished children through a network of outreach sites and mobile clinics.

Around 75 percent of the patients at the women’s hospital in Peshawar come from rural areas of the district and what were previously known as the Federally Administered Tribal Areas. Neonatal mortality rates are high, and we focus on high-risk pregnancies and people with reduced access to care. We also provide comprehensive 24-hour emergency obstetric care. In 2018, our team assisted 4,900 births and admitted 603 newborns to the neonatal unit.

In Timergara, around  124 miles north of Peshawar, we support the district headquarters hospital’s emergency department and offer comprehensive emergency obstetric and neonatal care. Our team assisted over 13,750 births and treated 178,980 patients in the emergency room in 2018. The ‘kangaroo mother care’ unit, where the mother’s body acts as a natural incubator, was expanded from eight to 14 beds. In response to a large outbreak of diarrheal disease early in the year, we set up a treatment center at the hospital. By July, we had treated 4,118 people. Since May, MSF international staff have had only intermittent access to the project in Timergara. At the end of the year, the teams were still awaiting permission from the authorities to be present permanently.

In May, we opened our fourth cutaneous leishmaniasis treatment center in Pakistan. Cutaneous leishmaniasis is a neglected tropical disease that is endemic in Pakistan. Transmitted by the bite of a sand fly, it is characterized by disfiguring and painful skin lesions. Although not fatal, it often results in stigma and discrimination, affecting patients’ daily life and mental health. The new center, in Peshawar, was soon working at full capacity, showing the growing need for cutaneous leishmaniasis treatment in the region. By the end of the year, we had treated 1,378 patients. As well as safe and effective medication, we offered mental health support and raised awareness about treatment and prevention. Our teams also treated 3768 patients for the disease in three locations in Quetta district, Balochistan: Kuchlak maternal and child health center, Bolan medical complex and Benazir Bhutto hospital.

Since 2012, we have been running a clinic in Machar Colony, a densely populated slum in Karachi, where around 150,000 people live in unsanitary conditions with little access to clean drinking water. In 2018, we decided to close our outpatient department and birthing unit as these services are available at another facility nearby, and focus on diagnosing and treating hepatitis C, a major health concern in Pakistan: it has the second-highest prevalence of the disease in the world. In 2018, we started 1,146 patients on treatment; by the end of the year, 878 had completed treatment. Our team also offered patient counseling and ran health education activities. Preparations were made to expand the program into Balochistan in 2019.

Join the MSF movement to help in Pakistan and other countries 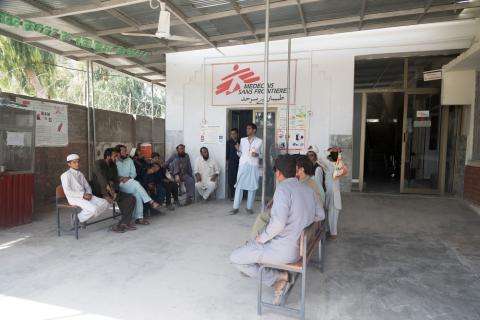 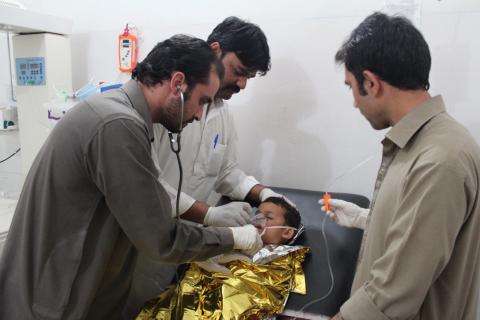