"Our teams were providing their daily medical care in the camp, including in our clinic in the 'Annex'—an isolated section of the camp that holds around 10,000 foreigners (not Syrians or Iraqis)—when protests from the women and children in the Annex were met with force from the security authorities that control the camp. MSF teams treated four women with gunshot wounds in the MSF clinic in the Annex, while at the same time, the medical teams and patients took cover from ongoing shooting.

"All of our teams are safe and continue to monitor the situation closely. We are extremely worried about the wellbeing of the people held in the camp. The current insecurity in the camp has forced MSF to temporarily reduce medical activities and limits the ability of humanitarian organizations to deliver much-needed assistance to a very vulnerable population.

"Given the dreadful living conditions in Al Hol and other camps in northeastern Syria, along with the serious limitations on the provision of humanitarian assistance in the Annex, protests are to be expected. The international community needs to take up its responsibility to mount a collective response to resolve this crisis in line with international legal norms, including international humanitarian and human rights law.

"MSF calls upon the camp management and security authorities to ensure the safety and security of the entire camp population. The management of protests or unrest should be done with restraint and in consideration of the vulnerability of the women and children who comprise 94 percent of the camp population. Our doctors should not be treating women for gunshot wounds in a closed camp setting; if we find ourselves in such a situation, something has gone terribly wrong.

"MSF teams continue to monitor the situation and are prepared to provide medical care to the population as needed."

MSF launched a response in Al Hol camp in January 2019, initially supporting the provision of emergency medical care in the reception area for new arrivals and donating essential relief items. Based on people’s needs, MSF quickly expanded this support to include providing emergency triage in the reception area and constructing water and sanitation facilities. In February, MSF opened a comprehensive primary health facility with round-the-clock emergency care.

Since March, MSF has also run three outpatient nutrition centers for children and pregnant women, an inpatient therapeutic feeding center with 23 beds, and 24-hour care for patients with severe malnutrition.

MSF also set up a community health surveillance system for monitoring potential disease outbreaks. In April, MSF started providing home-based wound care for immobile patients and organizing referrals to the three existing hospitals in the camp and outside the camp. 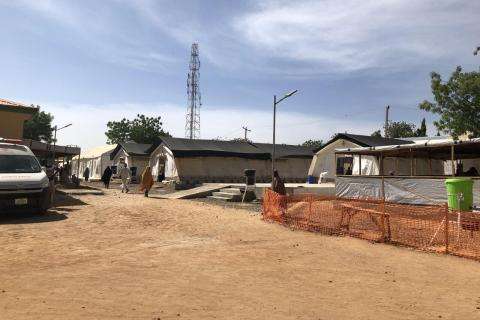 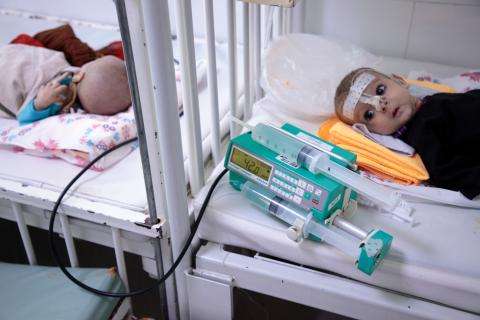