MSF cares for migrants and refugees stranded in Tijuana, Mexico

Hundreds of migrants and refugees trapped in the border city of Tijuana, Mexico, are exposed to high levels of violence while waiting to resolve their immigration status or enter the United States. Doctors Without Borders/Médecins Sans Frontières (MSF) has sent an emergency team to the region to help people fleeing violence and extreme poverty in Central America.

"Many of the people waiting at the border came with the caravans that became well-known in the media at the end of last year. However, there are migrants who continue to arrive at the border, people who have been deported, and people who are waiting for the resolution of their asylum requests," explains Sergio Martín, MSF head of mission for Mexico. "Due to the current restrictions and increased security at the border, these people are trapped in Mexico in precarious conditions." Martín notes that migrants are particularly at risk of being targeted by criminal groups that operate in the area and take advantage of their vulnerability.

On January 24, the US Department of Homeland Security announced a new plan, called the Migrant Protection Protocols, which would require people seeking entry to the US—including asylum seekers—to remain in Mexico for the duration of their immigration proceedings. US and international laws protect the right to seek asylum and prohibit returning people to dangerous situations.

Since the arrival of the last caravan in the border city of Tijuana in November, MSF teams have traveled to northern Mexico to assess conditions and identify the humanitarian needs of migrants in shelters run by local and state authorities, in collaboration with civil society organizations based in the area.

Initially, two large camps were set up, one in a sports complex, El Deportivo Benito Juárez, and another in a local auditorium, El Barretal. These facilities were soon overwhelmed, forcing hundreds of people to seek refuge elsewhere.

During the first few days of the emergency, MSF provided 395 medical consultations and 147 mental health consultations in El Barretal, the Benito Juárez sports area, and three other centers that offer assistance to migrants in Tijuana.

Since then, the population has scattered between El Barretal camp and numerous hostels that operate in Tijuana. Some people have managed to cross to the US, while others have been arrested and returned home.

One of the main needs identified by our teams is for mental health care. By the time people approach what they hoped would be the last leg of their journey, their mental health has often deteriorated considerably.

"Some 90 percent of the patients treated by our teams have suffered some kind of psychological harm or physical violence," says Alberto Macín, an MSF psychologist from Mexico who provides assistance in the area. Migrants and refugees have the additional fear and anxiety of being detained, separated from their families, or returned to countries where their lives are in danger.

"Due to the violence that these people have experienced in their country of origin and during their transit through Mexico, once they reach these places [near the destination] where conditions are still not suitable for them, we find symptoms such as anxiety, acute stress, and some cases of post-traumatic stress," says Macín. "These [conditions] are exacerbated by the environment, crowded conditions, and lack of sleep."

In both the camps and the shelters, the MSF medical team provided primary medical care in collaboration with the Mexican Ministry of Health. The team addressed some of the main health conditions migrants face due to the hardships of the journey—including traveling long distances on foot, being exposed to violence along the northern route through Mexico, and living precariously both inside and outside shelters.

"We have encountered some cases of sexual violence, mainly among women," says Astrid Vázquez, an MSF doctor who is helping with the emergency. Sexual violence against the migrant population is common in Mexico. Criminal gangs engaged in human trafficking and sexual exploitation often take advantage of the extreme vulnerability of migrants and refugees, making them particular targets for abuse.

Both the medical and psychological teams help provide care for those who need it—including pregnant women, families traveling with children, teenagers, and men traveling alone. "The main physical injuries we are dealing with include upper respiratory infections related to current weather conditions, some diarrheal diseases, and patients with chronic diseases, such as diabetes and hypertension, among others," says Vázquez.

"It has been difficult for me because I am disabled. I got sick on the road, but I have not given up," says Rafael, a man who left San Pedro Sula, Honduras, and arrived in Tijuana with the first caravan. 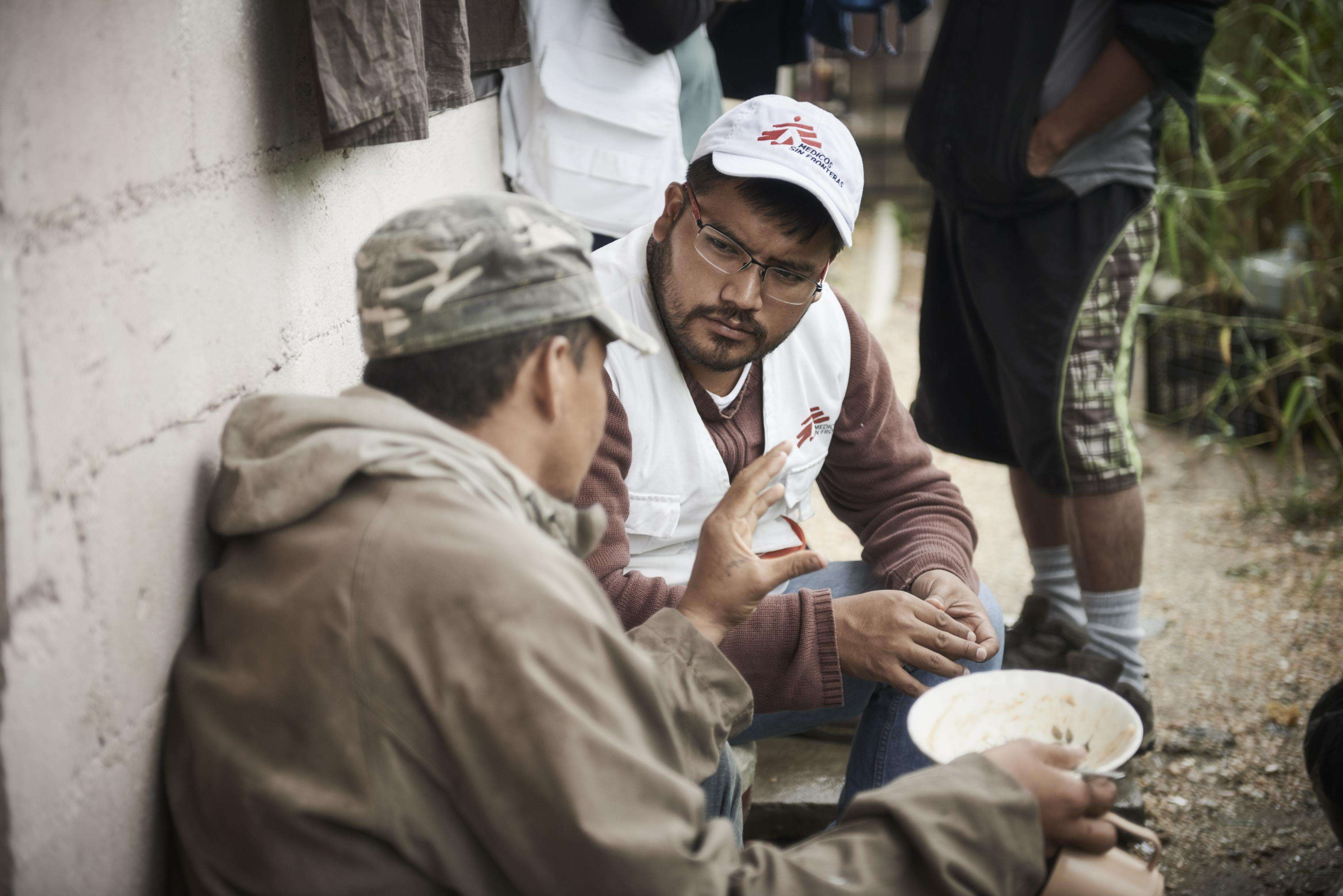 Current and proposed policies to severely restrict the ability to seek asylum in the United States, along with the US government’s unwillingness to quickly process migrants at ports of entry along the US-Mexico border, have created an administrative limbo that leaves Central American asylum seekers in Mexico exposed to further violence.
READ MORE

Meanwhile, the humanitarian crisis in Central America threatens to grow even more acute. For years, migrants and refugees have been fleeing extreme violence, death threats, and forced recruitment by criminal gangs operating in the Northern Triangle of Central America—which includes Honduras, Guatemala, and El Salvador. It is estimated that every year some 500,000 people cross into Mexican territory with the goal of reaching the US to restart their lives.

Now, US policies to restrict access to asylum and curb migration leave many people trapped in uncertainty. Central Americans seeking safety are exposed to further violence in Mexico. Harsh migration control measures drive some people to seek clandestine routes, where they are at the mercy of human traffickers.

"I came because I was threatened by the gangs [in Honduras]. There are no jobs, and corruption is widespread. They killed three of my brothers. My sister is seeking asylum with her children. They are also threatened," says José Alberto, a 38-year-old migrant who left Honduras with the first caravan. "My plan is to get to the United States. Four years ago, I tried but they kidnapped me in the north. I was locked up for seven days until I managed to escape."

Since 2012, MSF has been providing medical and mental health care in Mexico to migrants and refugees, mainly from Honduras, Gutemala, and El Salvador, along the migration route through Mexico. MSF works in migrant shelters and mobile clinics in Tenosique, Tabasco; Coatzacoalcos, Veracruz; and Nuevo Laredo and Reynosa, Tamaulipas. MSF also operates a Comprehensive Care Center (known by its Spanish acronym, CAI) in Mexico City for victims of torture and extreme violence. 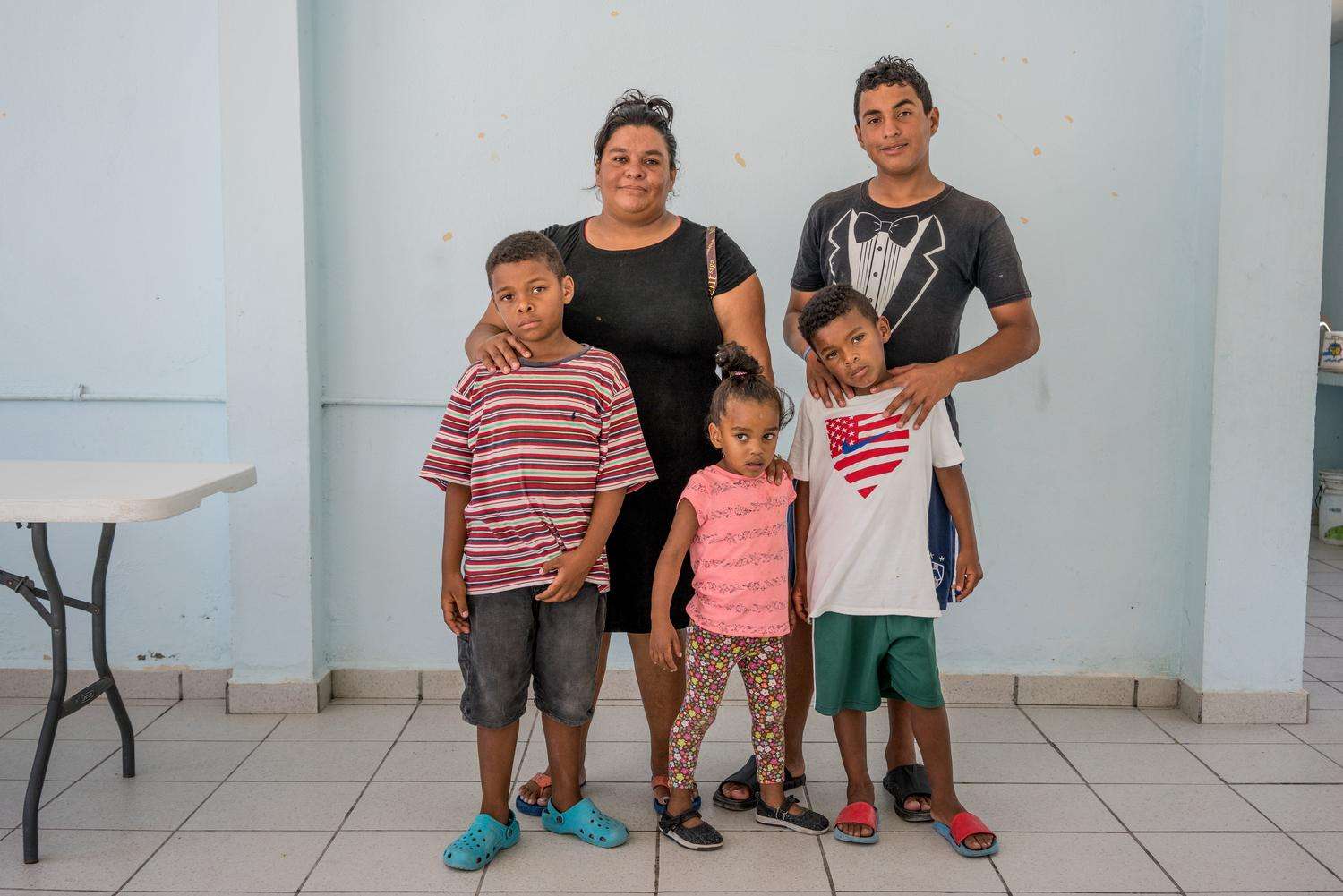 Learn about the work of MSF teams along the migration route from Honduras to Mexico, and hear the stories of the individuals who are making the difficult journey north.