MSF’s head of mission in Nigeria and Niger, Guillaume Baret, describes the situation today and why,  despite the presence of armed groups and restrictions imposed by the Nigerian authorities, he believes solutions can be found to provide much-needed assistance in areas the army does not control.

Delivering medical assistance on a large-scale

Most of Borno State’s population is concentrated in urban zones and in the capital Maiduguri where, according to various estimates, over one million displaced people now live. Armed groups, [such as] the Islamic State in West Africa Province (ISWAP) and the JAS led by Abubacar Shekau, have strengthened their hold over rural areas in Borno and regions in Niger, Chad, and Cameroon sharing borders with Nigeria.

But people continue to live in these places. The United Nations in Nigeria estimates 1.2 million people live in non-government controlled areas where, like most rural regions in the Sahel, essential services are sorely lacking and health care is non-existent. This is a structural problem aggravated by the conflict.

People here are even more vulnerable to seasonal health illnesses like malaria, which wreaks havoc throughout the rainy season, and malnutrition during the lean season [the period between harvests that can last a few months]. Malaria and malnutrition are among the main causes of death among young children. Epidemics are also regular occurrences in these areas, and since 2017, MSF has provided assistance with outbreaks of meningitis, hepatitis E, cholera, and, more recently, measles. 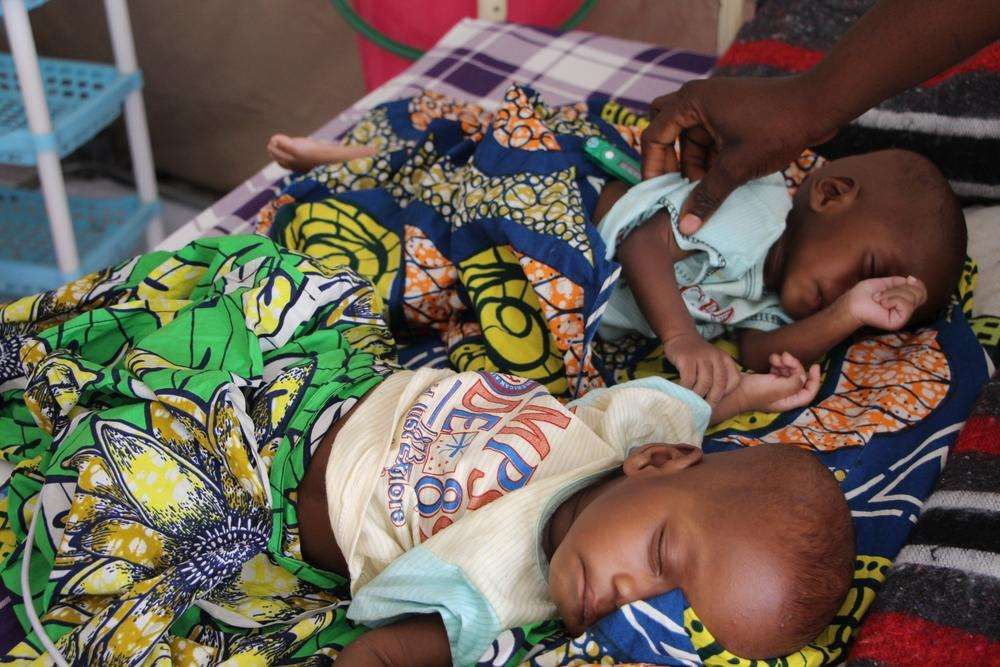 how counterterrorism policies endanger the most vulnerable in nigeria

While needs remain substantial in areas controlled by the government—like garrison towns (where troops are stationed) and Borno State’s capital where most of the displaced have taken refuge—the health situation has stabilized through the provision of aid.

MSF teams have been able to deliver medical assistance on a large-scale. Take Maiduguri: with the arrival of displaced people, the city’s population doubled in size. We set up a paediatric hospital with close to 200 beds where we provide care to more than 10,000 children annually, and this year, we treated over 3,500 patients with measles when the disease broke out across the State. In the particularly remote garrison town, Bama, MSF set up a 30-bed pediatric hospital and implemented a seasonal malaria chemoprevention campaign (SMC) to protect 12,000 children during the peak transmission period. Other MSF teams also deliver considerable medical assistance in Gwoza, Pulka, and Ngala and, more intermittently, Rann and Banki.

[But, we] fear for the health of people in rural areas and areas not controlled by the army who have no access to any assistance. Everything leads us to believe that the one million people living in rural areas are even worse affected by malaria, malnutrition, and epidemics, and aid organizations cannot get to them.

The main obstacle to reaching these areas is the insecurity resulting from the presence of ISWAP and JAS militants. In 2018, the ISWAP group started attacking humanitarian organizations, and murdered two midwives working for the International Committee of the Red Cross. Then, in July this year, six members of Action contre la Faim (ACF) were kidnapped by the ISWAP group. One of the aid workers  was executed in September, and another four from ACF were killed earlier this month. The armed group is still holding several other aid workers, and two weeks ago claimed responsibility for the abduction of two more people near Maiduguri. During an attack at the beginning of the year on Rann in east Borno State, armed groups stole MSF's drug supplies and medical equipment intended for displaced people. Our teams deployed in south Diffa in Niger have reported similar incidents.

Other problems are the authorities’ restrictions on travel on certain roads or to so-called "inaccessible" areas. The Nigerian army prohibits or restricts access in Yobe, Borno, and Adamawa States, depending on how it gauges its ability to ensure security. Similar restrictions are imposed during military and counter-insurgency operations aimed at isolating areas controlled by armed groups to cut off their access to outside resources—which includes humanitarian aid—without considering that civilians may be present.

These are the factors explaining why aid is concentrated in garrison towns. Elsewhere, the situation appears very challenging for aid organizations;  inOctober authorities decided to temporarily suspend ACF and Mercy Corps’ activities, alleging that they were supporting terrorist groups.

There’s an urgent need to provide assistance in places other than garrison towns, in places where the health system is broken, and children are the primary victims of malaria, malnutrition, and measles. Our recent experiences in Yobe State encourage us to believe that alternative ways of operating can be found to achieve this.

For almost two years, MSF teams have provided medical care in health districts in Yanusari in northeast Yobe. MSF also provided support to the hospital in Maïné Soroa in neighbouring Niger. Mobile teams deployed an extensive network of community health workers trained and equipped to treat malaria, malnutrition, and diarrhea, the most common diseases affecting young children. Until July, when a security incident in Niger forced us to suspend our activities, they worked in areas outside government control in Nigeria’s Yanusari region and Niger’s Maïné Soroa region. During our deployment, we faced accusations of supporting  insurgents and were repeatedly asked by the Nigerian army to suspend our operations, even though our deployment was authorized by the local Ministry of Health, which could no longer access the State.

That said, in two years our teams were able to provide over 140,000 consultations and  in-patient care to 3,400 seriously ill people. Our community health workers treated 24,800 malaria cases and 2,700 young children suffering with acute severe malnutrition. Several cases of measles were also treated when the disease broke out at the beginning of the year.

On the islands on Lake Chad, we spent several weeks providing similar assistance along the border separating Niger from Nigeria, giving medical care to people fleeing the violence on the Nigerian side of the lake. Again, this was with the agreement of the health authorities and local communities.

These experiences give us reason to believe it is possible to negotiate with the different parties on the ground. Working with local communities when deploying this kind of assistance—however limited—ensures early treatment of illnesses and diseases causing the most infant mortality.