After fighting forced a suspension of operations, MSF has returned to continue providing medical care in Shamwana, Katanga Province. 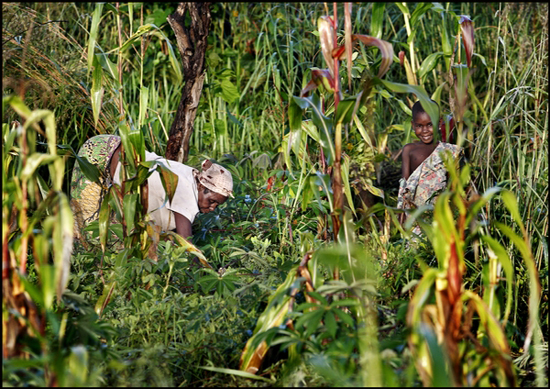 Mother and child work in the field in Shamwana, where MSF recently returned after fighting forced suspension of operations.

“There hasn’t been fighting in Shamwana in nearly six years,” says Katrien Coppens, MSF operational manager for DRC. “When we heard that there were battles between the Mai Mai militia and the government forces [that] drove the population to flee, we were surprised that this was happening in Shamwana, a village that has been secure. In fear, our sick patients got up and left quickly, which made us doubly concerned for their fate."

The team returned to find that the village is still empty of people. Though its medical activities have resumed, MSF remains concerned about the deterioration of security in the area, which continues to hamper the continuous provision of medical assistance to the population.

In 2011, in Katanga province, MSF provided more than 67,000 medical consultations, assisted in 1,223 deliveries, treated close to 25,000 patients with malaria, vaccinated nearly 600,000 children for measles and treated 13,746 measles cases in children less than five years of age.

MSF has been present in DRC since 1981 and delivers primary and specialized hospital care in health facilities and through mobile medical clinics throughout the country.