How we’re helping in Ethiopia

At least 1.4 million people were displaced in Ethiopia in 2018, according to the UNHCR, as ethnic violence broke out in several parts of the country simultaneously.

In addition to growing numbers of internally displaced people, Ethiopia hosts the second-highest number of refugees in Africa – more than 900,000 at the end of 2018, mostly from South Sudan, Somalia, and Eritrea.

In July, we launched one of our biggest emergency interventions of 2018 worldwide around Gedeo, SNNP region, and Guji, Oromia region, after an escalation in ethnic violence that left hundreds of thousands of displaced people without basic services. When our teams arrived, people were living in cramped conditions, sleeping on the ground in vacant buildings, suffering from  diarrhea, intestinal parasites, and respiratory tract infections. We supported several hospitals, health  centers, health posts, and mobile clinics until the end of the year, when the crisis eased and we handed activities over to the local authorities.

In October, we launched another emergency intervention to respond to the needs of people displaced by violence in East Wellega on the border between Benishangul-Gumuz and Oromia regions. Our teams focused on emergency health care, water and sanitation, and at the end of the year, expanded these operations to  neighboring West Wellega.

In 2018, we increased our support to Gambella hospital, the only facility in the region offering specialized medical care for a population of 800,000, half of them refugees from South Sudan. Our teams worked in the emergency room, operating theater and surgical inpatient unit, and assisted 2,820 deliveries. We maintained our focus on neonatology and maternity services, to reduce the high maternal and child mortality rates. We also worked with the Ethiopian authorities in Kule, Nguenyyiel and Tierkidi refugee camps, which together provide shelter for around 200,000 South Sudanese refugees, as well as in Pamdong reception  center. Teams worked in a health  center, a 24-hour maternity unit, and six health posts, offering most medical services including support to victims of sexual violence, and referrals for surgery to the Gambella hospital.

The signing of the Ethiopia–Eritrea peace deal in July and the opening of the border on September 11 led to an influx of Eritreans claiming asylum, mainly women and children. We run both inpatient and outpatient psychiatric and mental health services to Eritrean refugees in two camps and to the local communities. Many of our Eritrean patients reported traumatizing experiences at home, on their journeys to Ethiopia and in the camps.

Our focus in and around the town of Abdurafi is the treatment, diagnosis and prevention of kala azar (visceral leishmaniasis) and snakebites, two deadly but neglected tropical diseases. In 2018, the teams in our clinic treated 647 patients for snakebites, and 373 for kala azar. We have been carrying out research on kala azar in Abdurafi since 2002, in conjunction with the Institute of Tropical Medicine Antwerp, the University of Gondar, and the Ethiopian Public Health Institute, seeking to develop better treatment methods for complicated cases and better prevention methods. The team is also trying to find a more effective snakebite treatment.

We have had teams working in Dolo town, Liben zone, on the border with Somalia, since 1995. The health center in Dolo Ado offers basic health care to the local community and people who have fled violence and food insecurity in Somalia and settled in five camps in the zone. We also treat many Somali nationals who cross the border in search of medical care. At the end of the year, we handed over all our activities at the health  center to the health authorities, except for maternity and obstetric care.

We also handed over our medical activities at Wardher hospital, and the district health centers in Danod and Lahel-Yucub in Doolo zone to the Regional Health Bureau at the end of the year. Since 2007, we had been supporting outpatient and inpatient services, water and sanitation activities, and emergency referrals. We maintained and ran isolation wards during disease outbreaks, assisted deliveries, and provided antenatal care, treatment for tuberculosis, and for severe acute malnutrition in children under five.

We also handed over our medical activities at Wardher hospital, and the district health centers in Danod and Lahel-Yucub in Doolo zone to the Regional Health Bureau at the end of the year. Since 2007, we had been supporting outpatient and inpatient services, water and sanitation activities, and emergency referrals. We maintained and ran isolation wards during disease outbreaks, assisted deliveries, and provided antenatal care, treatment for tuberculosis, and for severe acute malnutrition in children under five.

Since November 2017, the Kingdom of Saudi Arabia has been forcibly expelling migrants living irregularly on its territory. An average of 10,000 Ethiopians are deported each month, with chartered planes arriving weekly in Addis Ababa, according to the International Organization for Migration. We started providing medical and mental health screening and support in the airport and at a  center in the city in March. Despite the trauma most of our patients had experienced, many tried to make the perilous Red Sea crossing back to Saudi Arabia.

Join the MSF movement to help in Ethiopia and other countries 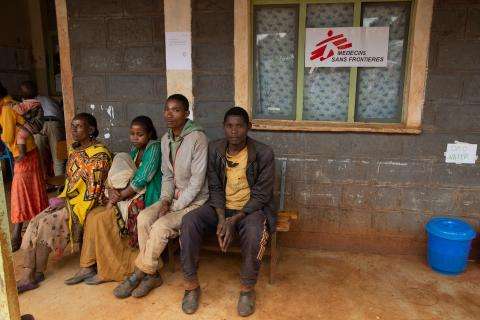 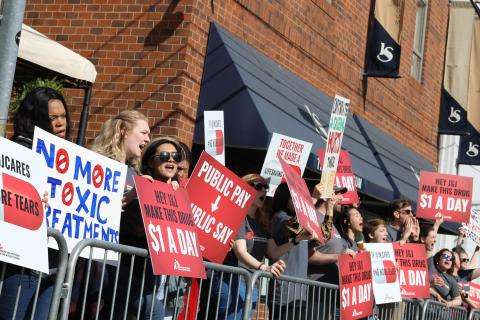 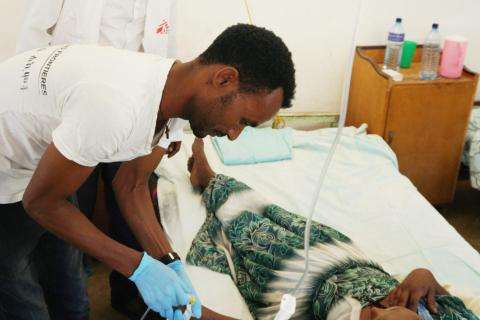 Striking back against snakebite