At the age of 35, Miriam Anyango weighed just 30 kilograms [66 pounds] and was battling a variety of infections as HIV weakened her immune system.

Miriam was diagnosed with HIV in early 2006. Her story paints a grim picture of the painful struggle that many people had to endure to get treatment, during a time when an HIV diagnosis was akin to a death sentence. Her body wasted away to the point where she almost gave up. Miriam had tried all the traditional remedies she thought could help her.

“I saw an herbalist who said I had a chira [a curse] and filled me full of herbal medicines,” she says. “He would inject me with medications meant to treat sick emaciated cows. I had very bad diarrhea and a plastic basin became my bed,” she adds with a chuckle. This went on for several weeks. “Sometimes I would hide when he came because my body could not take it anymore, and, despite not getting better, I still had to part with a cow to pay the herbalist.”

Access to HIV treatment was not easily available, and Miriam, a mother of six at that time, had to travel 20 kilometres [12 miles] to a hospital in Sori town just to get tested. She tested positive for HIV, but she could not be put on treatment since she was from another health district—Homa Bay, Kenya. “I begged and cried, but the doctor said the best he could do was write me a referral letter to take to Homa Bay district hospital.”

Early the following day, the letter safely in her purse, she left her house for Homa Bay, about 30 kilometres [19 miles] away. “I was not doing so well. The doctor drew my blood to check my CD4 [white blood cell count] and what shocked everyone was that I only had two white blood cells left per cubic milliliter. This drew other doctors to me. They asked how many times I had been admitted and I told them ‘not once’. Yet, at that time, many people with more than ten times the white blood cells I had were dying. They almost scolded me, asking why I took too long to start treatment after being tested. I did not tell them about the struggles I had gone through with local remedies. They treated me very well and after two months, my body had regained so much health it was visible. However, the frequent trips to Homa Bay were very expensive. Later in 2006, ART [antiretroviral therapy] started to become available in local health facilities. I asked to be transferred to Ndhiwa hospital [in Ndhiwa sub-county in Homa Bay], which was nearer where I lived.”

While she struggled with her treatment, Miriam has also had to deal with the stigma of HIV, though she says she didn’t allow it to depress her.

For many years, Homa Bay county in southwest Kenya has had the highest prevalence rate of HIV in the country. As recently as in the early 2010s, government figures reported that at one in five people in the county live with HIV, which is more than four times the national average.

In the mid-to-late 1990s, rates of HIV infection reached crisis level, as numerous families in villages and towns throughout Nyanza Province, including Homa Bay, were wiped out by the virus. More than 36 percent of the population at that time had HIV. People living with HIV had limited options for treatment and had to deal with misconceptions and stigma. One local media outlet labelled it “the sex-killer disease,” which only increased stigma around the disease and kept people from wanting to know or disclose their HIV status.

Doctors Without Borders/Médecins Sans Frontières (MSF) started working in Homa Bay in 1997 to help reduce the high number of deaths caused by the virus—a time when antiretroviral therapies (ART) were available to wealthy people in the US and Europe but very few people in countries across Africa. In 2001, MSF started providing treatment with ART at the Homa Bay district hospital and later in other health facilities in Ndhiwa sub-county, making it the first humanitarian organizations to provide free ART in public health facilities in Kenya. Since then, MSF and its partners have implemented various initiatives to reduce preventable deaths from HIV.

While the next decade brought increased efforts by both state and non-state actors, the number of people dying of advanced HIV—and related diseases like tuberculosis—was still far too high.

In late 2012, MSF decided to assess the rate of HIV infection in Ndhiwa sub-county—part of Homa Bay county, located in Nyanza Province—to determine a baseline before starting a joint intervention alongside the Ministry of Health. NHIPS was one of the first surveys that directly measured HIV incidence—the number of new infections in an area—and key indicators of the effectiveness of HIV care, such as people’s awareness of their HIV status, as well as the levels of viral load and ART coverage among HIV-positive persons.

The NHIPS results found that only 59 percent of the population in Ndhiwa had ever been tested for HIV. Among this group, 24 percent had tested positive, but only 68 percent of those who were found to be HIV positive were put on ART treatment. Eighty-four percent of those on treatment had managed to successfully suppress the virus. These results informed a revision of MSF and Kenyan Ministry of Health activities in Ndhiwa that began in 2014.

“The objective was to implement effective models of prevention and care to drive a substantial improvement in the pillars of HIV care: testing as many people as possible for HIV, starting as many HIV-positive people on ART, and improving the effectiveness of the treatment for those living with HIV to the point of having an undetectable viral load in the blood,” says Dr. Mohammed Musoke, MSF medical coordinator in Kenya. “By working on what is known as the cascade of care, we aimed at reducing the rates of new infections. This approach is based on the concept of treatment as prevention, since an undetectable viral load means the virus cannot be passed on.”

Following the survey, MSF began a program that focused on scaling up preventive measures, such as door-to-door testing; providing treatment to those found to be positive; prevention of mother-to-child transmission during pregnancy; and increasing access to ART. The program was carried out in partnership with the Elizabeth Glaser Paediatric AIDS Foundation, the US President's Emergency Plan for AIDS Relief (PEPFAR) and, crucially, the Kenyan Ministry of Health, whose adoption of the World Health Organization’s recommendation to “test and treat” in 2016 became a pillar of the initiative. This approach puts people who test positive for HIV on ART immediately.

The 2012 study also found that many patients received follow-up appointments and treatment through central hospitals and health centers, with about only six percent followed up by local clinics. The centralized approach was impractical, due to the high number of people needing ongoing care at each facility, and it meant contact with many patients was lost. MSF’s response to this was to bring HIV care closer to communities by supporting local facilities, including health centers and smaller clinics. This included increasing staffing and medical supplies, improvement in HIV-screening, and, in their referral to healthcare facilities, more efficient laboratory systems for better access to testing and quicker results.

“The investment in laboratory systems was a key part of the process, since health staff rely a lot on laboratory tests to know what to treat and if the treatment given is actually working,” says Dr. Musoke. “With the point-of-care system and GeneXpert analysis machines, results that had previously taken days or weeks could be obtained in an hour or less. This greatly improved the way patients are managed even in smaller health facilities. The use of motorbike riders to collect samples from smaller facilities and take them to the hubs for examination, and then to return the results also ensured that most tests that could be turned around in 24 hours. This helped medics to make the right treatment decisions.”

Assessing the results with NHIPS 2

In 2018, MSF conducted a follow-up study called NHIPS 2, to gauge the impact of the program. The findings showed that the proportion of people living with HIV in Ndhiwa sub-county had dropped by seven percent to 17 percent. In terms of the key indicators of HIV care, the study found that 93 percent of the sub-county’s population had been tested for HIV and at least 97 percent of the HIV-positive population started to receive ART treatment. Of this group, 95 percent had managed to suppress the virus. This last point is especially important as it means they cannot transmit the HIV virus to other people. It shows how prompt, effective treatment leads to the prevention of more infections.

The fight against HIV in Ndhiwa sub-county and other areas with high HIV prevalence is far from over. A lot remains to be done if the gains made so far are to be maintained and improved on. Failure of anti-retroviral therapy ART, when HIV treatment therapies stop suppressing the virus and preventing opportunistic infections, continues to be a major threat.

“HIV is still one of the main causes of higher-than-normal illness and death in Homa Bay hospitals, and this is now our main concern,” said Dr. Musoke.

Miriam is currently receiving stronger “second line” ART, after she developed resistance to the first ART treatment she was taking. However, she feels stronger than ever. “I am still alive, and if I continue to take my medication faithfully, I know I will die of old age and not because I have HIV. I hope to see all my children grow and make something meaningful of their lives.” 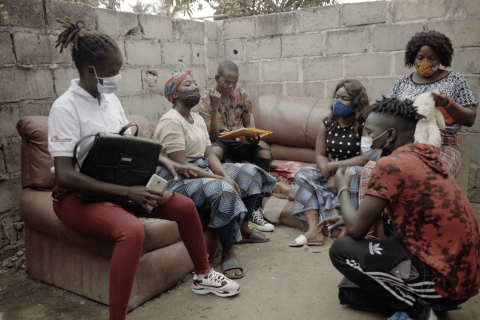 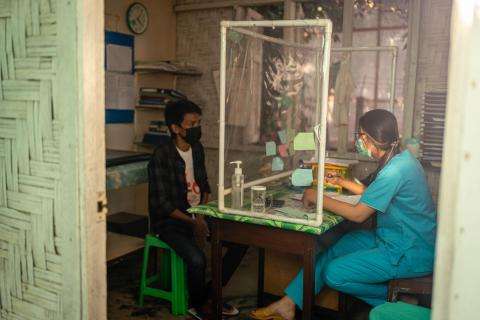 World AIDS Day: Multiple barriers continue to prevent testing and treatment of HIV in many countries 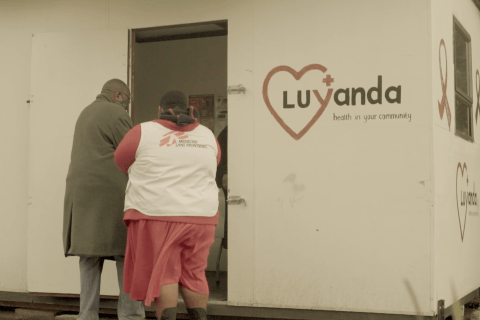