How we’re helping in Palestinian Territories

Ongoing support for victims of burns, trauma, and violence

Learn more about how we are responding to the coronavirus pandemic in Palestinian Territories.

In 2019, Doctors Without Borders/Médecins Sans Frontières (MSF) provided surgical and post-operative care to thousands of people injured in protests in Gaza, and mental health support to victims of political tensions on the West Bank.

What is happening in Palestinian Territories?

Both the West Bank and Gaza have been at the center of conflict between the Palestinian Territories and Israel for years. In the past decade, over 2,000 civilians have died during the Israeli army military operations in Gaza, according to the United Nations Office for Coordination of the Humanitarian Affairs. In the same period, 18 Israeli civilians were killed by rockets or mortar fire from Gaza, according to the organization B'Tselem. The conflict has not only resulted in death, but long-term injuries, socioeconomic insecurity, and mental health illnesses.

How we're helping in Palestinian Territories

The protests known as the Great March of Return, along the fence that separates Israel from the Gaza Strip, continued throughout the year, with lower turnout and casualties compared to 2018. According to the United Nations Office for Humanitarian Affairs, 1,822 Palestinians were injured by the Israeli army with live ammunition in 2019, while thousands of people wounded in the protests during 2018 still required complex and lengthy treatment. Their massive medical needs far exceed the capacity of the health system, which has been crippled by the decade-long Israeli blockade, and lacks essential medical equipment and supplies.  Please donate to support our work in Palestinian Territories and other countries around the world now.

We admitted 1,169 patients injured in the protests to four clinics in Beit Lahia, Gaza City, Middle Area and Khan Younis, where we provided post-operative dressings, physiotherapy and psychosocial support. In Dar Al-Salam hospital, southern Gaza, and in Al-Awda hospital, in the north, our services included surgery and post-operative care, treatment for bone infections, physiotherapy and mental health counseling to help patients through long and painful treatment processes. Our teams operated on 609 trauma patients, performing 1,950 surgical interventions.

Due to the severity and complexity of the injuries and the high rates of antibiotic-resistant infections among our patients, we expanded the hospital and surgical capacity to a total of 36 isolation rooms, 19 beds in general wards and three operating theaters in Dar Al-Salam and Al-Awda hospitals.

In April, we opened the first laboratory equipped to analyze bone and soft-tissue samples in Gaza, an essential service to detect the bacteria causing infections in our patients. Previously, samples had to be shipped to Israel for analysis—a more complicated and time-consuming procedure.

In addition to our work with trauma cases, we admitted 5,531 burns patients to our clinics and supported the burns unit at Al-Shifa hospital with a team to perform elective surgery.

In a context of ongoing occupation and intensifying violence, our teams continued to offer free and confidential psychological support across the West Bank.

In Nablus and Qalqilya, we provided psychotherapeutic and psychiatric assistance, group therapy, group mental health awareness sessions, and psychosocial support activities in two clinics, and in a new consultation room opened in Tubas in December. 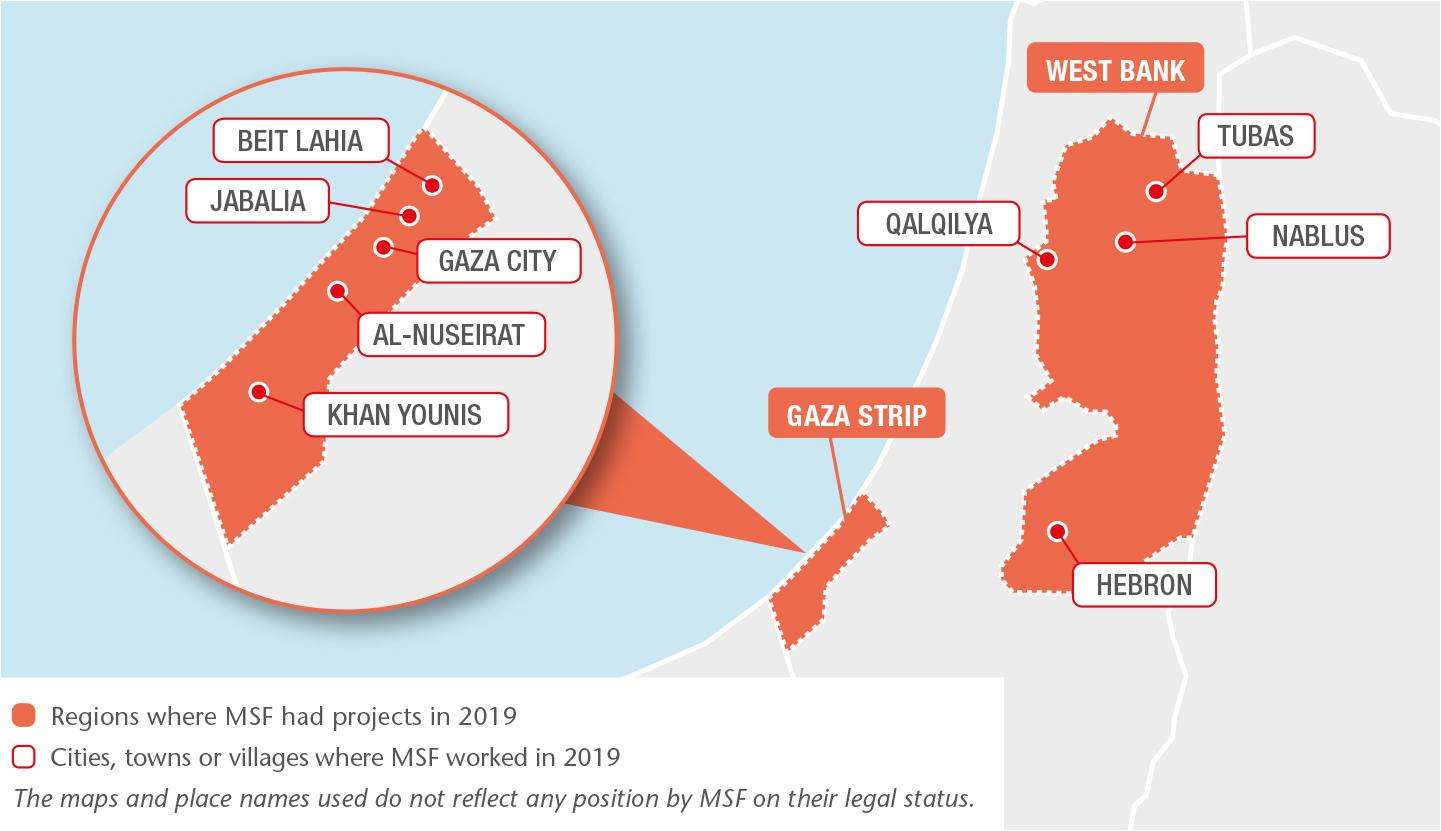 Murad, 22, was injured during the Great March of Return protests.

“I was working before, repairing satellite dishes, but now I can’t, and no one has reached out to help me. I taught myself how to fix things, satellite dishes, TVs – I could make 15-20 NIS ($4-5.50) a day. Since my injury, I just sit at home. I live with my mother and we get no help from our family. We can no longer afford gas for our one-room home and we have put ourselves into debt just to be able to buy biscuits and bread. You see who your friends are in hard times; now I see I have none.”

What can I do to help in Palestinian Territories?

Join the MSF movement to help in Palestine and other countries 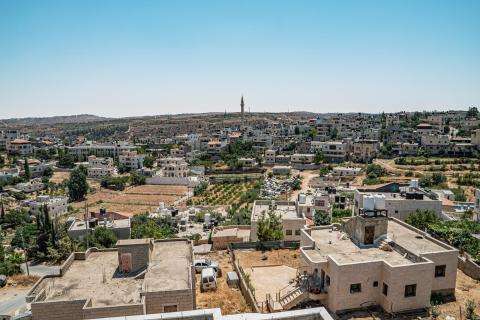 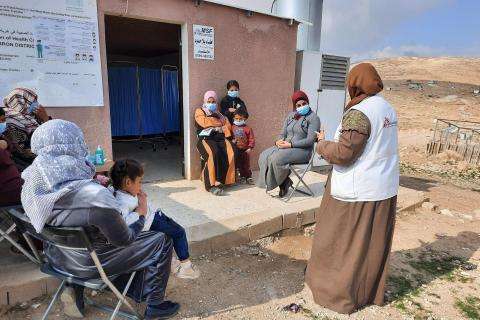 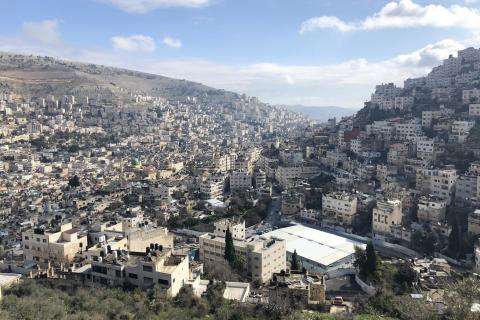